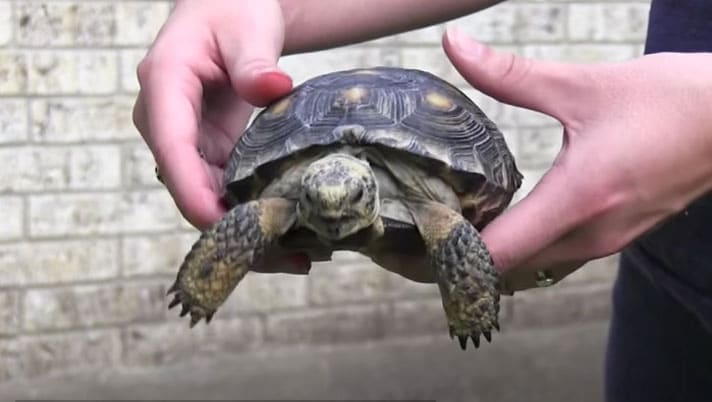 Texas Tortoise From Houston Makes Its Way To Abilene

A Texas Parks and Wildlife biologist needed to rehome a Texas tortoise and was successful in doing so.

Remember the plight of the Texas tortoise (Gopherus berlandieri) in the possession of a Texas Parks and Wildlife biologist? How the biologist wanted to transport the threatened reptile across the state to a facility where it can be cared for properly? 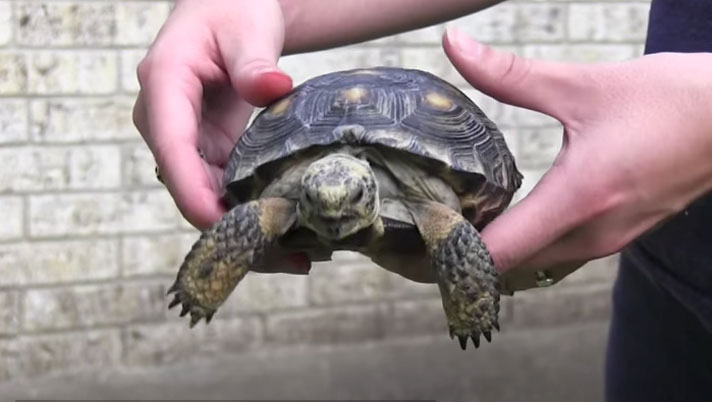 The Texas tortoise (Gopherus berlandieri) is listed as a threatened species in the state.

Well, the Abilene Zoo announced that the tortoise recently arrived from Houston, two weeks after Biologist Kelly Norrid spoke with Big Country Homepage with his dilemma; how to safely transport a threatened animal to the zoo.

"There is a bit of stress that happens with moving a tortoise or any animal a significant distance," Norrid told Big Country Homepage. The tortoise will live the rest of its days at the zoo.

"They're helping to save the genetics of a species, of an endangered species, throughout the world," Norrid said. "Maybe (they will) shed light on this species to the general public and showing the general the plight of these species and what we can do to help preserve this and other species around Texas."

“We appreciate that they brought it all the way to Abilene," Denise Ibarra of the Abilene Zoo told Big Country Homepage.

The tortoise won’t just be left in an enclosure. It will work with the zoo on community education efforts.

"They go on outreaches, so they reach a lot of school groups, do camps, and classes," Ibarra said. "The Abilene Zoo holds all the correct purposes to house a threatened species."

The Texas tortoise is the only native tortoise species in the state of Texas, Norrid, said. It is also the smallest of the North American tortoises, growing to about 8 to 9 inches in carapace length. It is not a very good burrower, unlike other gopher tortoise species. It prefers dry scrub and grasslands and eats succulent plants.