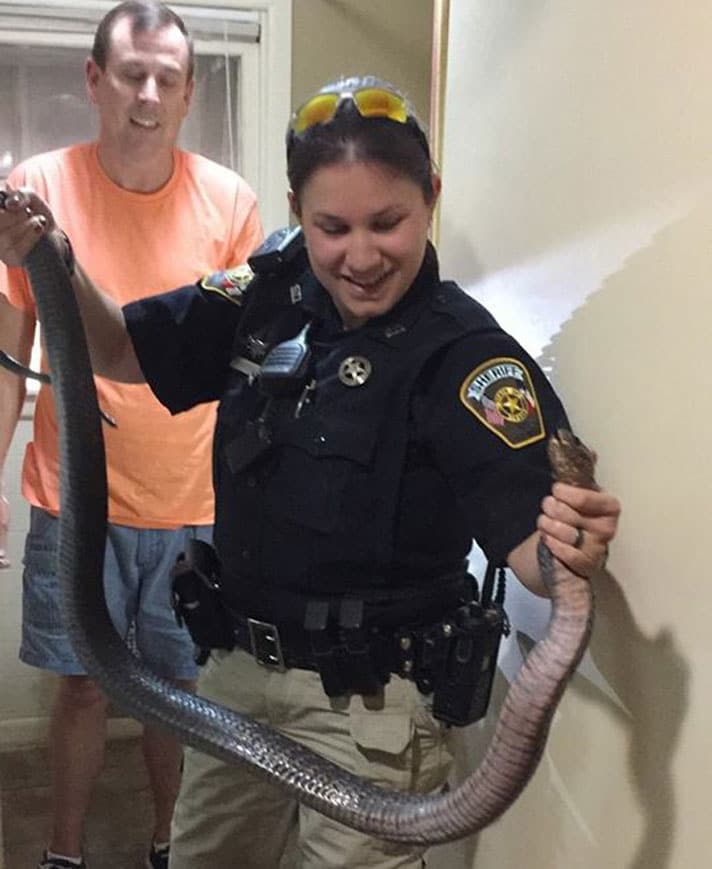 Texas indigo snakes are a protected species in the state. 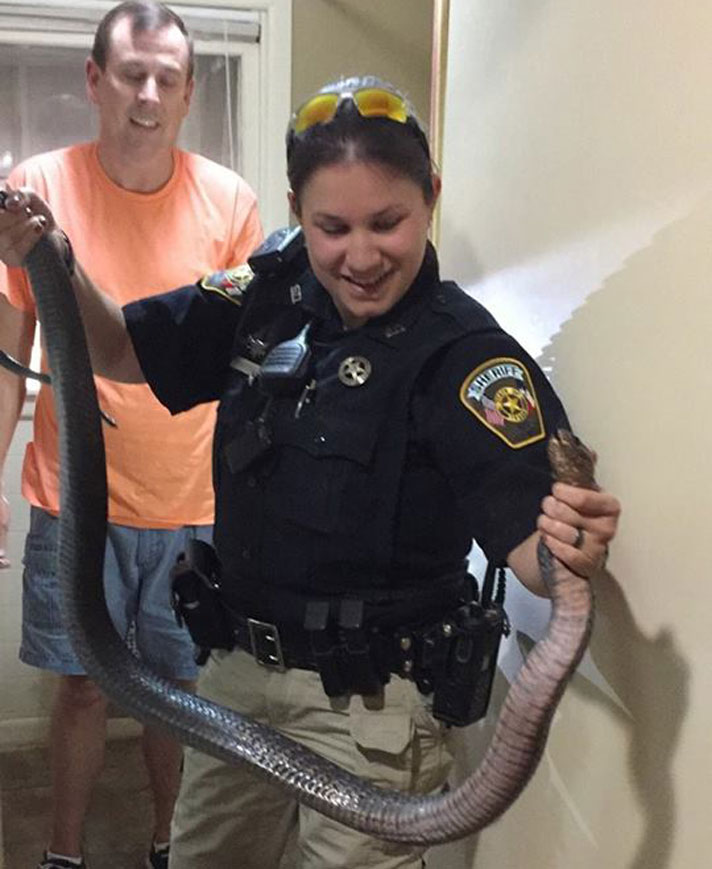 According to KWTX 10, Wade Velock of Beeville, TX was cleaning his bathroom when his 6-year-old son told him that there was a snake crawling out of the toilet. Velock, who apparently ran out of the room so fast that he knocked his son down, called the sheriff's office, which sent Deputy Scotten to the residence.

A series of photos on the Bee County Sheriff’s Office Facebook page shows Scotten first reaching her arms into the vanity in the bathroom while Velock assists by holding a flashlight. A snake tong sits unused on the tile floor. The Facebook post received more than 1,000 shares.

Scotten apparently was able to capture the snake with her bare hands as Velock looked on. Scotten seems to have had some experience with snakes as she safely subdued the animal with no injury to the snake or Deputy Scotten.

“Deputy Scotten removes a blue indigo from a bathroom vanity at a residence located on County Road 407,” the sheriff’s office wrote on its Facebook page. “There has been an increase in snake calls this year due to the weather and residents are encouraged to be aware of their surroundings. Blue Indigos are non-venomous and will eat venomous snakes. Good job Deputy Scotten.”

That is a pretty big endeavor considering Velock said Scotten told him that she has trouble with cockroaches, but apparently not snakes!

The Texas indigo snake is listed as threatened by the state of Texas and cannot be hunted or killed. It is a subspecies of the endangered Eastern indigo snake  (Drymarchon corais couperi). The Texas indigo snake is a large colubrid snake attaining lengths in excess of 6 feet. It is an opportunistic feeder that eats frogs, birds, eggs, lizards, and small mammals. It also preys on snakes, including rattlesnakes.