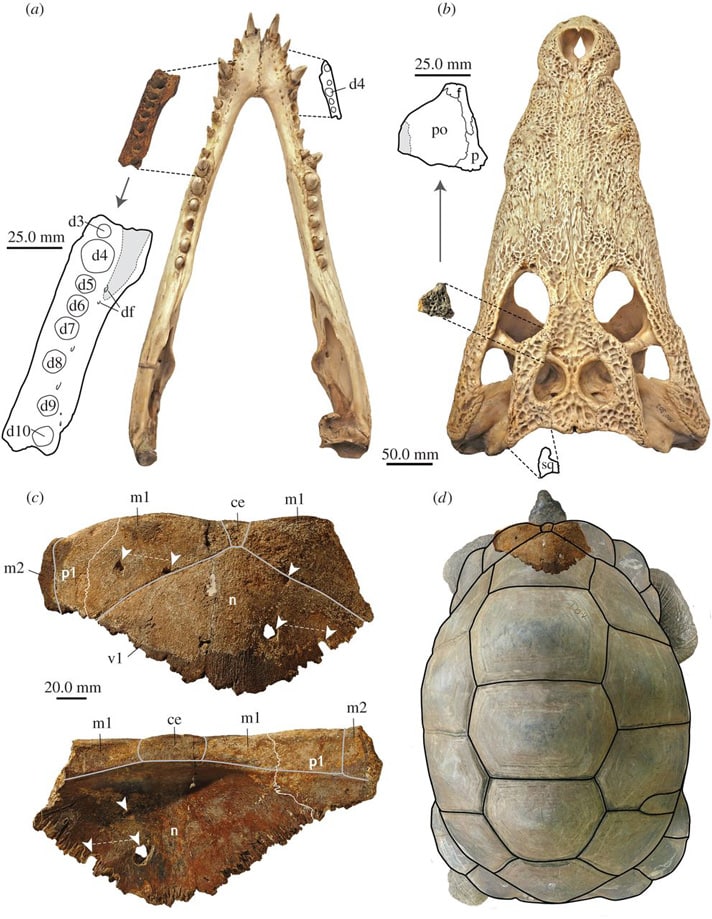 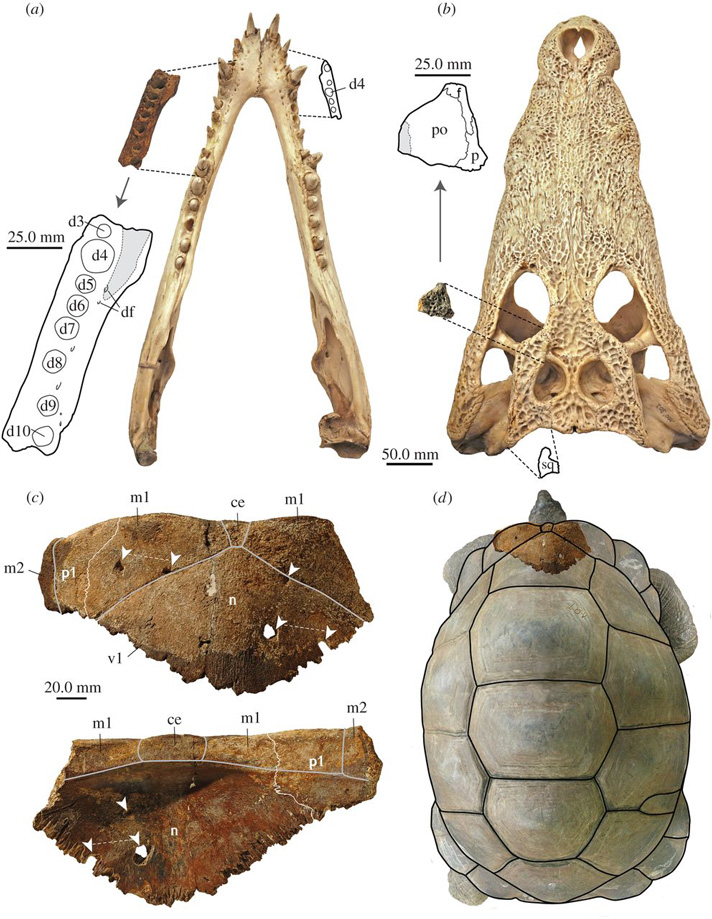 University of Zurich ecologist Dennis Hansen made the discovery while exploring a coral atoll and lagoon when he came across the fossils. Hansen and a colleague then came to the conclusion that the crocodilians fed on the giant tortoises between 90,000 and 125,000 years ago.

Hansen found about 180 fossils near a pond including a jawbone of an ancient crocodile that he had mistaken for a tortoise long bone. Hansen sent some fossils to colleague  Torsten Scheyer, a paleontologist at the university who concluded that there was a larger croc species than what was once thought.

“It was pretty clear from the start that these were crocodylian remains and something distinctly larger than what was found previously on the atoll,” Dr. Scheyer told the New York Times.

Scheyer speculates that the bone was from a reptile nearly 12 feet in length, not as big as the Nile or saltwater crocodiles of today, but still fairly large. Hansen also found a fragment of a giant tortoise fossil, with bite marks, that was part of the shell that would protect the back of the chelonian.

Hansen detailed two possible scenarios as to how the bite marks ended up on the tortoise shell.

“Maybe the crocodile, in classic crocodile fashion, jumped out of the water and grabbed it in the only place where it could grab it,” Dr. Hansen told the New York Times.

“Aldabra giant tortoises would have been tough nuts to crack, even for crocodiles, who can generate incredibly high bite forces,” Dr. Drumheller-Horton a paleontologist at the University of Tennessee, Knoxville told the New York Times. “It makes sense that you would see bite marks around the edges of the turtle shells, where the crocodiles could more easily get at exposed limbs.”

The second was the tortoise was already dead when the crocodile attempted to eat it.

While it is possible that crocodiles did eat the Aldabra giant tortoises, the researchers would need to find fossil evidence of tortoises with healed wounds to support the theory.