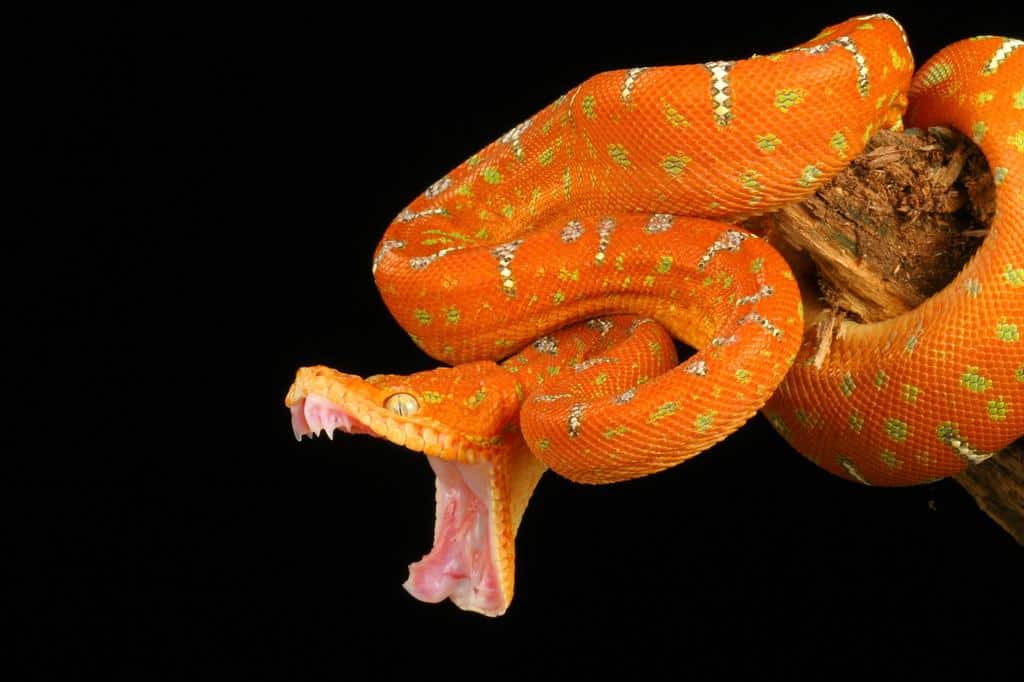 It takes a special kind of fink to steal a reptile.

Eric, a reader from San Diego who posts comments to my blogs occasionally, recently suggested I write a blog about reptile theft. This is almost disturbingly coincidental, because making the rounds right now is word of a rattlesnake theft that occurred in Texas. Here are the details of the rattlesnake incident, provided by the victim, Robert Bryson, Jr.:

On the night of November 14], 33 montane Mexican rattlesnakes were stolen from my collection housed in Alpine, Texas. Among the snakes were Crotalus willardi amabilis, C. w. silus, C. lepidus maculosus, C. l. morulus and C. p. pricei. Most were juveniles, except for four adult C. w. amabilis and several C. p. pricei. Adults were legally collected and imported from Mexico; the juveniles were offspring from these adults.

Despite being in a hurry and working in the dark, the thieves knew which adult C. w. amabilis to take. They left the oldest adults, and stole two adult females and two adult males. They also knew not to take the ESA-listed C. w. obscurus. They opened several cages containing baby C. w. obscurus, but did not take any.

A police report was filed, and numerous sets of fingerprints were obtained from the glass doors on the Vision cages housing the adults. Furthermore, and perhaps more importantly, I have an extensive collection of shed skins from all snakes in my collection. You can remove pit tags and hide snakes in dark basements, but you can’t change a snake’s DNA. I have been saving sheds for exactly this reason (theft). I can use DNA fingerprinting technology to track both the original C. w. amabilis and their offspring (through paternity testing) when they turn up (and they eventually will…be it one week from now or 10 years for now). I will also pursue filing charges in a federal court of law since these snakes were of international origin, and can be identified as such. Lastly, I have photos of most snakes (definitely all the C. w. amabilis).

Please let me know if any of you hear anything related to this theft, and pass along the news. The rattlesnake community is pretty small, and these snakes are high profile (especially the C. w. amabilis).

Reader Eric, in suggesting reptile theft as a topic for one of my blogs, indicated that he, too, has had reptiles stolen from him. Luckily, he got them back. I personally have never had a reptile stolen, at least not knowingly. I did have a diamondback terrapin years ago, which disappeared from a turtle pool in my backyard. I always assumed it somehow managed to climb out of the pool, though I was never able to figure out exactly how that would have happened. It had pretty high walls and a screened top. Maybe I was a victim of theft, too. My house has been broken into before, so I know the feelings of fury and violation that comes with such a thing. I revisit those feelings every time I set my burglar alarm.

What is there to say about the situation? It sucks. Reptiles, especially color mutations and rarer species, can command top dollar. Whether the thieves’ intention is to sell the stolen animals outright or try to breed them and sell the offspring, one can see why stealing these animals can be tempting to those with low moral character. Make sure that your home, or wherever you may keep your reptiles, and your reptile enclosures are secure. Take every precaution, and this may mean investing in a security system, to protect your property. Look into insurance coverage for your reptile collection, too.

If you are a victim of a theft, do what Robert Bryson is doing: get the word out. Send e-mails and post in online forums such as those here on ReptileChannel. Depending on the value of the animals that have been stolen, consider taking out a classified ad explaining what has happened and what was taken. The reptile community, though it has grown tremendously over the years, can be a pretty tight-knit group. Even if your actions never result in the return of your animals, they might make it difficult for a thief to sell them.

The intention of some thieves might not be to sell the animals; they may just want to own them themselves. In cases like this about all you could do is keep your ear to the ground for any news that might be relevant.

It takes a special kind of fink to steal reptiles. Let’s hope there aren’t too many of those finks among us.