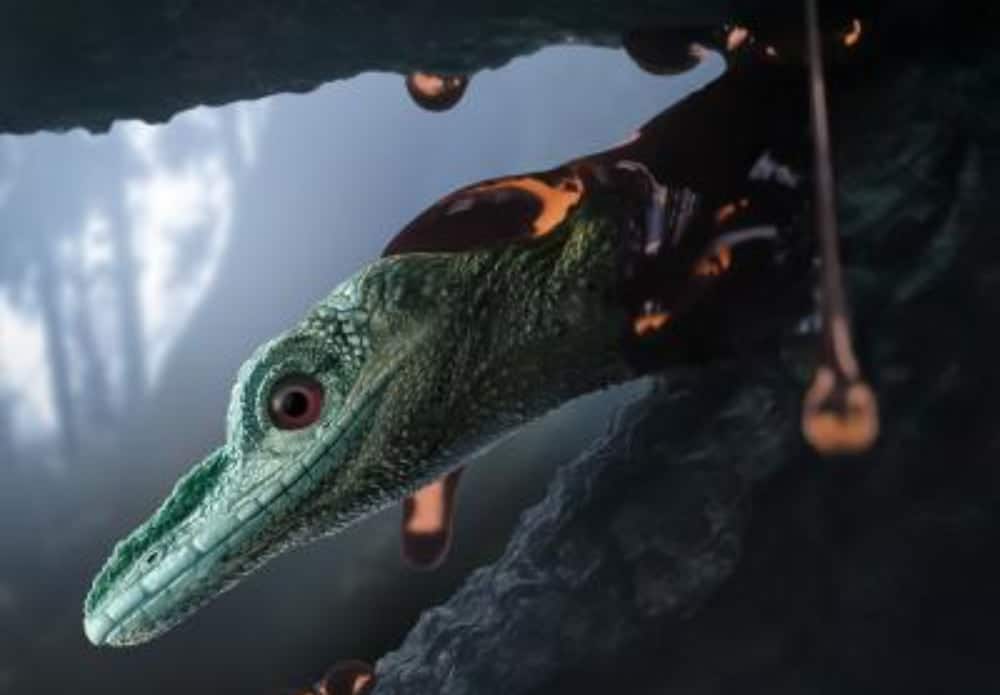 Researchers with Barcelona’s Institut Català de Paleontologia Miquel Crusafont have confirmed a new species of lizard of the family Oculudentavis, Oculudentavis naga. A similar reptile, Oculudentavis khaungraae, was mistakenly identified in 2020 as the smallest known bird and was later retracted as such.

Oculudentavis naga, named after the Naga people from Myanmar and India where the reptile was discovered, was found in the same area as Oculudentavis khaungraae. Both fossils are about 99 million years old.

The researchers employed CT scans to digitally analyze, compare and separate every bone in each of the two species. This enabled the researchers to determine that the animals were indeed lizards.

“The specimen puzzled all of us at first because if it was a lizard, it was a highly unusual one,” team leader Arnau Bolet said in a statement released by the university.

The CT scans at first resulted in more questions than answers, but with more careful analysis, the researchers discovered the fossil had scales, teeth attached directly to the jawbone rather than in sockets like dinosaur teeth, and lizard-like eye structures and shoulder bones. Also present was a skull bone that is shaped like a hockey stick, which is a telltale feature amongst scaled reptiles.

Tiniest Dinosaur Of All Time Discovered Encased In Amber

The researchers also determined that both of the animals skulls got deformed during preservation millions of years ago, making them appear as if they were bird fossils, which resulted in the misidentification in the first place.

The digital data of O. naga was scanned at the Australian Centre for Neutron Scattering and the High-Resolution X-ray Computed Tomography Facility at the University of Texas at Austin. Anyone with internet access can look at the data.

Oculudentavis naga, top, is in the same genus as Oculudentavis khaungraae, bottom, a specimen whose controversial identification as an early bird was retracted last year. Both specimens’ skulls deformed during preservation, emphasizing lizardlike features in one and birdlike features in the other. Image: Edward Stanley of the Florida Museum of Natural History/Peretti Museum Foundation/Current Biology

“With paleontology, you often have one specimen of a species to work with, which makes that individual very important. Researchers can therefore be quite protective of it, but our mindset is ‘Let’s put it out there,'” study co-author Edward Stanley, director of the Florida Museum of Natural History’s Digital Discovery and Dissemination Laboratory said in the statement. “The important thing is that the research gets done, not necessarily that we do the research. We feel that’s the way it should be.”

“As scientists we feel it is our job to unveil these priceless traces of life, so the whole world can know more about the past. But we have to be extremely careful that during the process, we don’t benefit a group of people committing crimes against humanity,” he said. “In the end, the credit should go to the miners who risk their lives to recover these amazing amber fossils.”