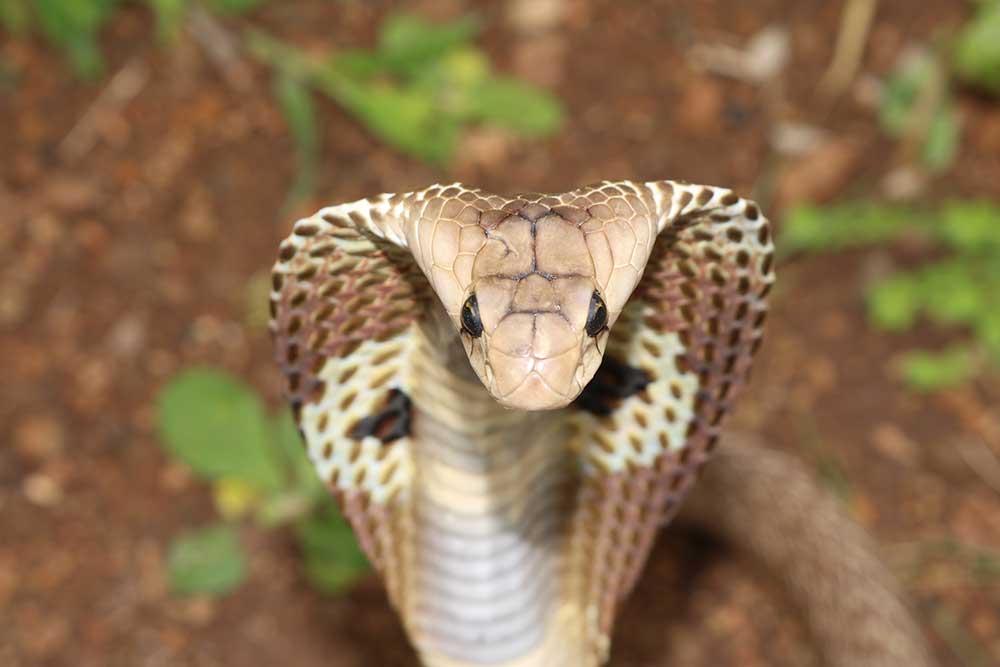 Man Tries To Kiss Cobra, Gets Kissed Back

"Sadly this kind of idiotic behavior is common here."

The video shows the man kissing the snake on its hood, when the snake decided to turn around and bite the man.

A would-be reptile rescuer in India apparently tried to kiss a spectacled cobra (Naja naja) that he was apparently tasked to rescue but in the process, the cobra kissed him back. The video, which has gone viral over the weekend, apparently shows the man, whose name is not known, kissing the snake on its hood, when the snake decided to turn around and bite the snake handler back.

The video, posted to Twitter by AH Siddiqui, was apparently shot in Karnataka State. After the snake bit the unidentified man, he dropped it and the snake slithered away as others try to capture it.

According to Newsweek.com, the man is now battling for his life in a hospital.

“Sadly this kind of idiotic behavior is common here. There are literally thousands of snake ‘rescuers’ in India, some very serious and performing a valuable service, removing snakes from houses and gardens and releasing them elsewhere away from people,” Romulus Whitaker, India-based herpetologist of the Madras Crocodile Bank, which works to educate villagers on snakebites, told Newsweek.

A reptile expert who went to kiss a cobra and got bitten on the lip..
He tried to kiss the snake after rescuing it.
#Kiss #Cobra #CobraBite #Viral pic.twitter.com/Khbfc2vK3W

“But others, like this dude, are publicity hungry and do something crazy like free-handling the snake, putting it around their neck, or kissing it. We know of at least 25 of them fatally bitten over the last few years. Snakes are scared to death of humans and only bite in self-defense.”

The Indian spectacled cobra (Naja naja) is one of the most venomous snakes in the world. It is known for the pale spots on the spread hood. It is native to India, Pakistan, Sri Lanka, Southeast Asia and south to Malaysia. It grows to more than seven feet in length. Its venom causes respiratory failure, severe pain, swelling and tissue damage and eventually death if not treated quickly.