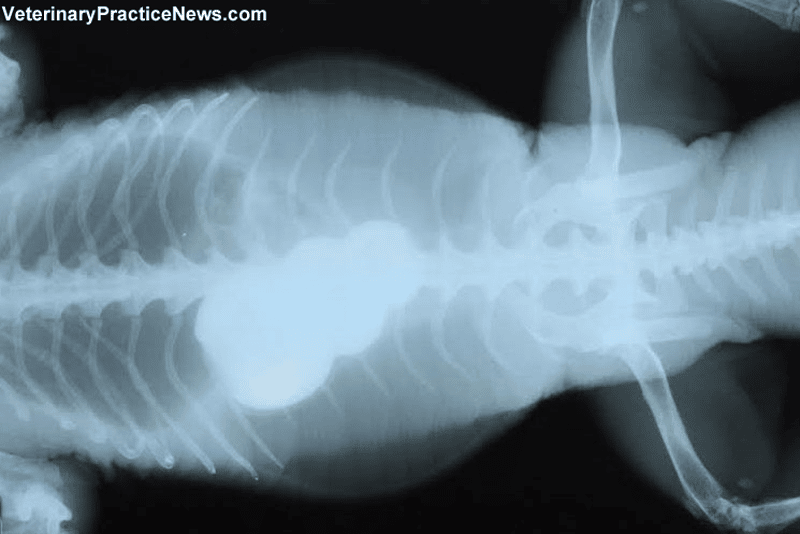 Python Gets Honorable Mention in They Ate What? Vet Radiograph Contest

Veterinary Practice News  hosts an X-Ray contest every year whereby veterinarians send in their most “eye popping” radiographs for the year. The categories are open to all sorts of pet animals, including reptiles and fish. Past winners of the contest have included an x-ray of a Burmese python that ate a 3-foot-by-4-foot heating blanket while trying to eat a rabbit, and a Pac Man frog that ate its substrate. 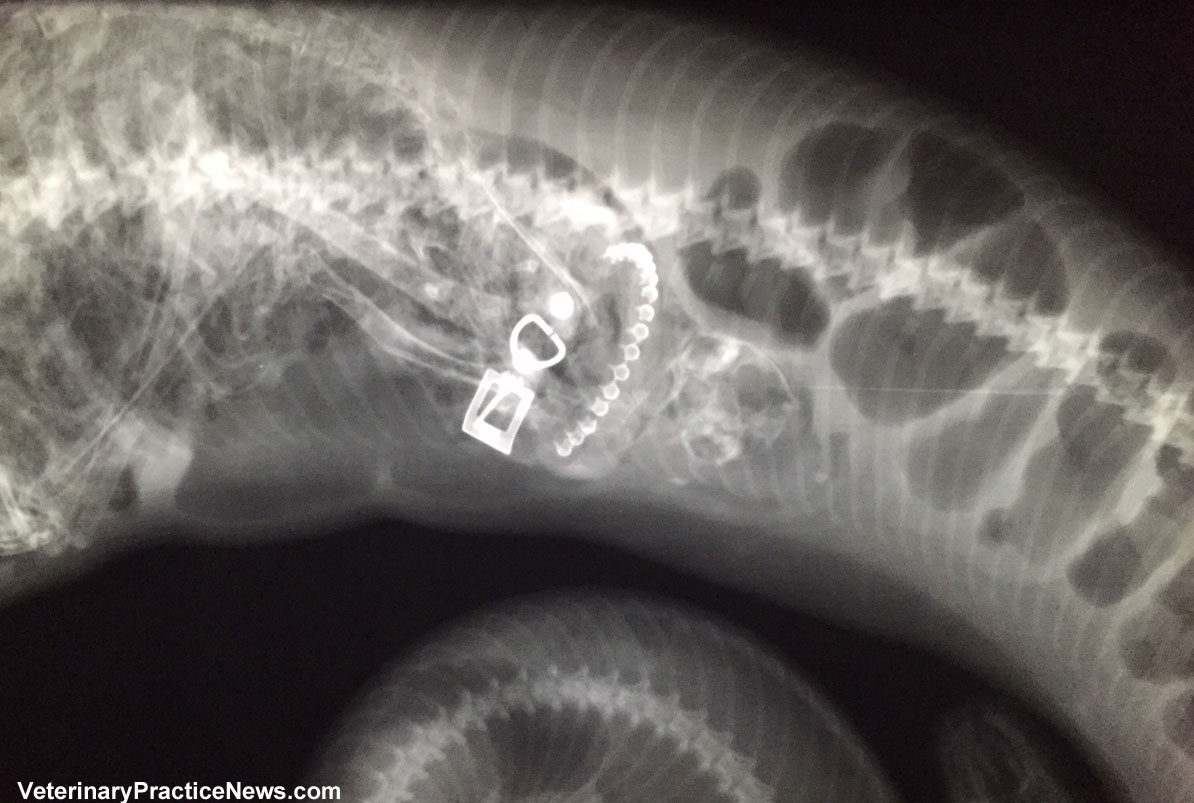 This python ate a Siamese cat.

While this year’s winner wasn’t a reptile, a reptile did get an honorable mention, albeit a sad one and a lesson for those who keep large constricting snakes. TLC Animal & Bird Hospital, in Palm Harbor, Fla. took an x-ray of a python that the owner said was "away from the house for a week" and “returned” with a swollen belly. The owner was concerned that the snake ate something that it would have difficulty digesting. The vet, Dr. Robert Lynch, told the owner that the snake didn’t swallow a rat, and pointed to the x-ray that revealed a fancy jeweled collar. The snake had eaten someone’s Siamese cat.

The story gets even more sad as the vet reported that he and his wife were having dinner with a couple who were clients, and when he told them the story of the python that ate a cat, the woman burst out in tears and told Dr. Lynch that her cat disappeared around the same time the man brought the snake in for x-rays. Lynch then told VPN that he checked the addresses in his files and found that they were neighbors. When informed about the dinner, the snake keeper later told the cat owner he was sorry his snake had eaten her cat and bought her another cat. 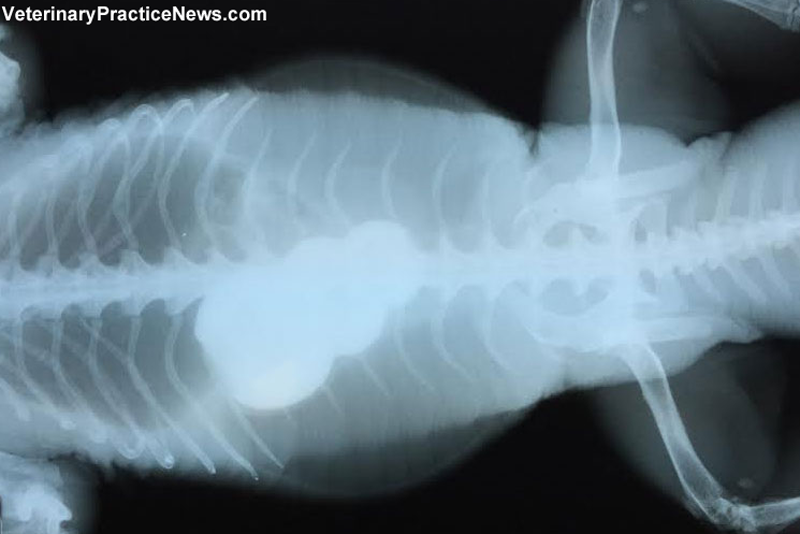 This tegu ate a rubber kong toy and made a full recovery after it was removed.

A second entry involved a 5-year-old tegu that was experiencing symptoms of anorexia for two months. The lizard was brought to the West Esplanade Veterinary Clinic in Metairie, La. and the x-ray revealed that the reptile ingested a rubber Kong dog toy. The keeper of the lizard told the veterinarian, Dr. Leslie Pence, that the toy had been missing for about the same time. Dr. Pence performed a gastrotomy  and the aptly named Beaugard the tegu made a complete recovery.

For those of you who want to see the complete list of winners and notable entries, please visit the Veterinary Practice News website.