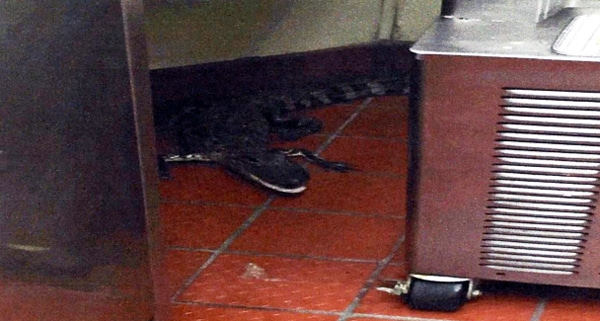 Alligator was thrown through a Wendy's drive thru window in Florida.

A Florida man who tossed a live 3 1/2-foot alligator through a Wendy’s drive up window has been charged with assault with a deadly weapon with intent to do less than murder by Palm Beach county prosecutors for what the man’s parents said was a prank that went wrong. 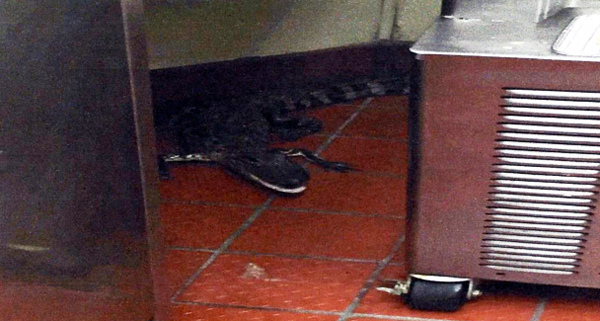 This alligator was tossed through a Wendy's drive thru window.

According to the Washington Post, Joshua James of Jupiter, Fla., apparently threw the alligator through the drive thru window at Wendy’s last fall, and was identified via a credit card receipt for a drink he had purchased at the fast food restaurant. According to reports, after he ordered the drink, he tossed the alligator through the window as the cashier had her back to James.

Police came and restrained the alligator, which was later released into a canal near the restaurant.

James was arrested February 8 and charged with assault with a deadly weapon with intent to do less than murder, unlawful sale, possession or transporting of an alligator; and petty theft. James admitted to authorities that he found the alligator on the side of the road and threw it through the Wendy’s drive up window.

James’ parents described him as a prankster who idolized the late conservationist Steve Irwin. They allege that he was pranking an employee at the restaurant who he knew.

“It was just a stupid prank that he did that’s now turning into this; it’s stupid,” Linda James told WPTV. “He’s a prankster. He does stuff like this because he thinks it’s funny.”