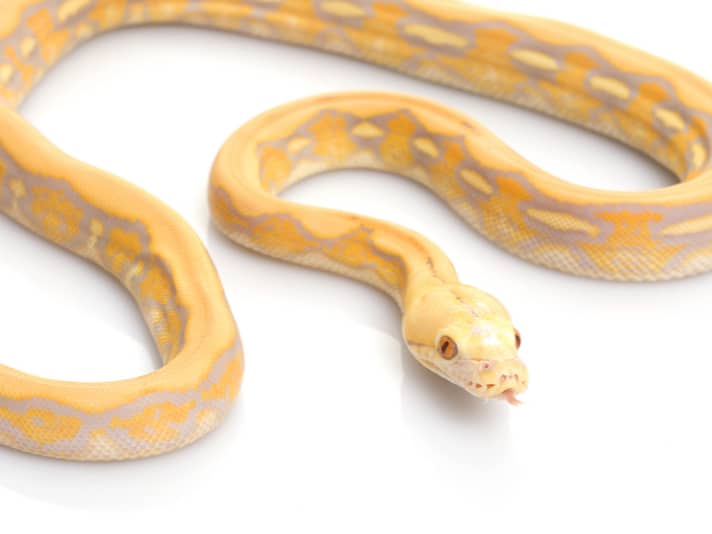 City Of Norman In Oklahoma Considers Python And Boa Ban

Estimates put 800 to 1,200 people in jeopardy of losing their pet snakes.

The city of Norman, Okla. wants to enact a new ordinance that specifically bans anacondas, boa constrictors, and pythons from the city, effectively enforcing its municipal ordinance that bans exotic animals that are not native to the state of Oklahoma.

Deputy Chief Jim Maisano of the Norman Police department said that the city will help owners of these snakes find new homes, but that in itself could be a challenge given the number of folks in the city who own snakes.

"It would make more sense to me to ban dogs than to ban snakes," Michael Wilkins owner of Snakes Alive Animal Rescue in neighboring Newalla. "More people are injured by their dogs and their cats. There's probably 800 to 1,200 people in Norman that own these kind of reptiles and, for us, we're not profit and we work on a very limited budget," Wilkins said. "It would just overload us."

According to Kfor.com, the city has started to revise all of its ordinances regarding animals and leaders of the city, veterinarians, and community members have specifically targeted these constricting snakes. The city council is expected to take up the proposed ban on these snakes February 23 and will most likely make a decision on March 8.