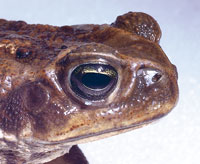 Past Mistakes In Herp Species Introductions

Even controlled species introductions can have devastating results. Here are two examples.

1. Native to Central and South America, cane toads (Bufo marinus) were introduced to Australian sugar cane fields in the mid-1930s in an attempt to control the cane beetle (Dermolepida albohirtum). Approximately 3,000 offspring from about 100 adult toads were raised and released. Populations increased exponentially, mainly due to the lack of predators. The toads excrete toxins that made them virtually inedible. Now an estimated 200 million cane toads are in Australia. 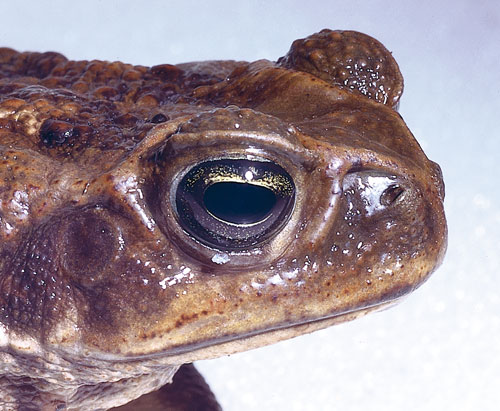 When cane toads (Bufo marinus) were introduced into Australian sugar cane fields in the 1930s, their numbers quickly grew out of control.

2. Just after World War II, brown tree snakes (Boiga irregularis) hitched rides on cargo ships traveling between Indonesia and Guam. Quite adaptable, this rear-fanged snake has been known to eat virtually anything — including meatballs. The snakes quickly became established in Guam, and they have all but decimated populations of all birds. The mangrove monitor and wild pigs are two of their few enemies. Brown tree snake numbers in Guam are staggering. Estimates claim nearly 2,000 snakes per square kilometer.

If a situation can get out of control like these examples by accident, then we should all remain prudent in making sure it doesn’t happen on purpose.

Want to read the full story? Pick up the June 2008 issue of REPTILES today, or subscribe to get 12 months of articles just like this.