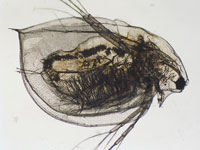 The zooplankton eats the zoospore stage of Batrachochytrium dendrobatidis

Daphnia magna, a seemingly innocuous zooplankton that is a favorite fish food item with aquarium fish hobbyists has been shown to dine on the zoospore stage of the Chytrid fungus (Batrachochytrium dendrobatidis), the culprit that is devastating frog populations throughout the world, according to a study by researchers at Oregon State University. 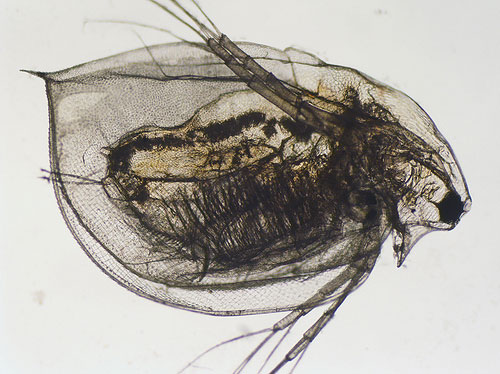 Researchers have confirmed that this zooplankton, Daphni magna, will eat a deadly fungus that is devastating amphibian populations around the world. It may provide a new biocontrol agent to help address this crisis.

So far, the Chytrid fungus has been a wily adversary to scientists trying to eradicate it, having withstood virtually all manner of methods to control it, with the exception of biological control, according to the study. The scientists were cognizant of the fact that zooplanktons eat certain fungi, so they held experiments to determine if Daphnia magna would eat the Chytrid fungus. What they confirmed through DNA analysis was that Daphnia indeed consumed Chytrid at the zoospore, or free swimming stage of the fungus' lifespan. 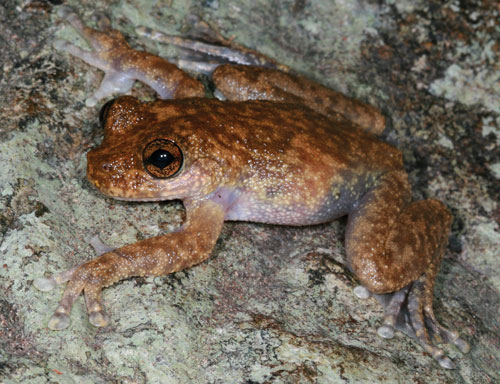 "We feel that biological control offers the best chance to control this fungal disease, and now we have a good candidate for that," Julia Buck, an OSU doctoral student in zoology and the lead author of the study said in a statement released by the university. "Efforts to eradicate this disease have been unsuccessful, but so far no one has attempted biocontrol of the chytrid fungus. That may be the way to go."

Buck said that the fungus is not always deadly at lower levels of infestation, and it might not be necessary to eradicate it completely, but rather to reduce its density on animals to prevent death. She said that biological controls can work well in situations that warrant a reduction of the target organism, and are hoping that the next stage in the study, which most likely involves releasing daphnia magna in a natural setting, will show its capability to control the chytrid fungus in a way that would reduce frog mortality.

The Chytrid fungus has been devastating to frog populations throughout the world. When an infestation occurs on a frog, the fungus disrupts the amphibian's ability to breathe, generate electrolytes, and wreaks havoc on the animal's nervous system.

More information on this fungus can be read here.