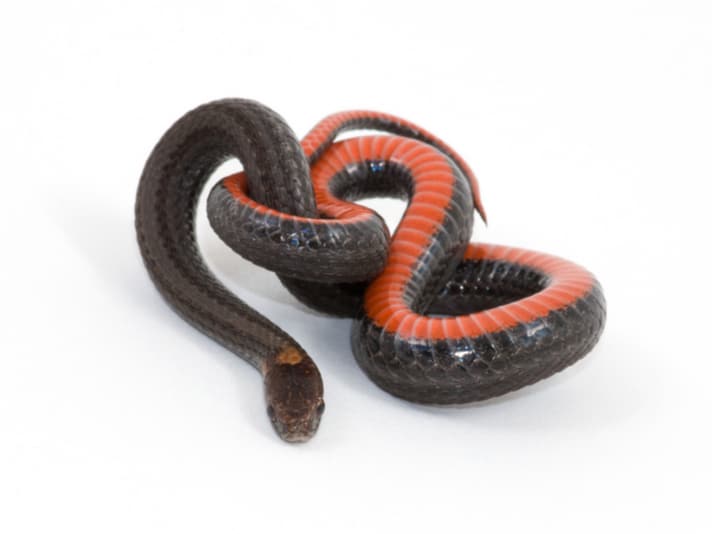 County officials in Kansas say the snake mitigation efforts are too costly.

Officials in Johnson County, Kans. are asking the Kansas Legislature to remove the redbelly (Storeria occipitomaculata occipitomaculata) and smooth earth snake (Virginia valeriae) from the state's list of threatened species claiming the two small reptiles are inhibiting new development in the county. The snake listings, according to a lobbyist for the city of Olathe, adds substantially to the cost of every development and business that wishes to build in the county because of the laws that developers must adhere to when building on lands that the snakes are known to occupy.

According to the Kansas City Star, the city preserved the habitat of the snakes to the tune of $50,000 on a $6 million sewer plant expansion project. The county spent $95,000 on mitigation efforts for the reptiles on two sewer projects that cost $30 million, and a $67 million water line project cost $130,000 in habitat preservation. Both snake species are not easily located in the wooded areas in which they live. During a four year survey from 2009 to 2013, just two sightings of the smooth earth snake in Johnson County were reported to the Kansas Biological Survey.

Five more reports were made of the snake in neighboring Wyandotte and Leavenworth counties. During the same survey, just one redbelly snake was reported, and that was in Leavenworth County. There were no known sightings in Wyandotte or Johnson counties. The redbelly snake is a nonvenomous Colubrid snake that can be found throughout North America. It eats mostly slugs and earthworms and can grow to about 12 inches in total length.

The smooth earth snake is also a Colubrid snake. It can be found from Texas to Iowa and from New Jersey to Florida. It feeds on earthworms and other soft bodied arthropods and can grow from 7-10 inches in length.