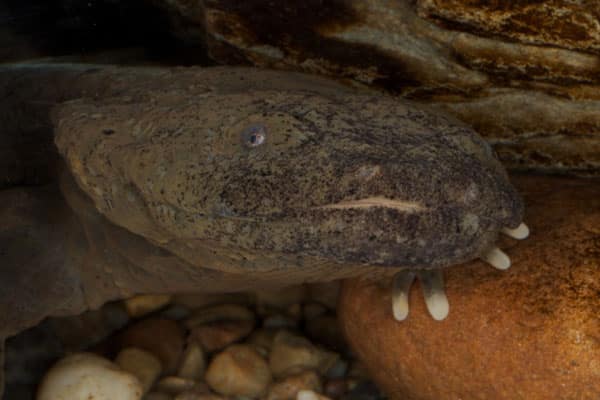 New research shows that the eastern hellbender salamander (Cryptobranchus a. alleganiensis) , the largest salamander in North America (capable of

New research shows that the eastern hellbender salamander (Cryptobranchus a. alleganiensis) , the largest salamander in North America (capable of growing more than 2 feet in length) is under threat by the chytrid fungus Batrachochytrium dendrobatidis (Bd), which has affected more than 25 percent of wild-caught and captive bred salamanders in the eastern United States and is killing and infecting amphibians worldwide.

Researchers Lori A. Williams and John D. Groves of the Division of Wildlife Management, North Carolina Wildlife Resources Commission and the North Carolina Zoological Park sampled 165 wild eastern hellbender salamanders and 15 captive amphibians that are from North Carolina, as well as the waterways in which they reside and found widespread Bd infected waterways in Western North Carolina as well as in all the river basins and sub-basins that they sampled. The prevalence of the fungus in the wild-caught hellbenders was pegged at 27.9 percent and 26.7 percent for captive hellbenders. Females, according to the study had a higher prevalence of the fungus at 38.8 percent versus 19.7 percent in males. 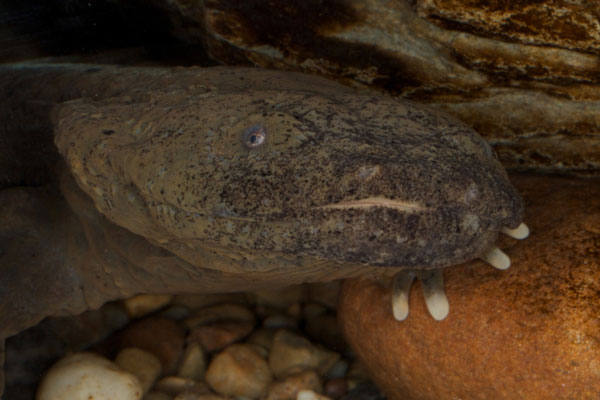 The prevalence of the fungus in the wild-caught hellbenders was pegged at 27.9 percent in western North Carolina.

The hellbender salamander’s range includes the states of New York, Pennsylvania, Maryland, Ohio, Illinois, Indiana, Virginia, West Virginia, Kentucky, Tennessee, the Carolinas, Georgia, Alabama and Mississippi.  However, it is not known if the salamanders can still be found in heir native range. They are under consideration for Endangered Species Act status.

In 2011, the U.S. Fish and Wildlife Agency found that the eastern hellbender salamander may warrant protections under the Endangered Species Act but did not, according to federal law, make a decision as to whether to protect the salamander. It was subsequently sued by the Center for Biological Diversity and the two entities came to a settlement in 2013 whereby the USFWS has until 2018 to make a decision on whether to place the animal on the Endangered Species List. The findings by Williams and Grove may help to get the salamander, also known as a “devil dog”, or “mud puppy” the protections that it may need in order to survive.

The Center sued when the agency failed to make a final decision within one year, as the Endangered Species Act requires. The parties reached a settlement in 2013 that requires a protection decision for the eastern hellbender in fiscal year 2018.

The complete paper can be found on the Herpetological Conservation and Biology website.