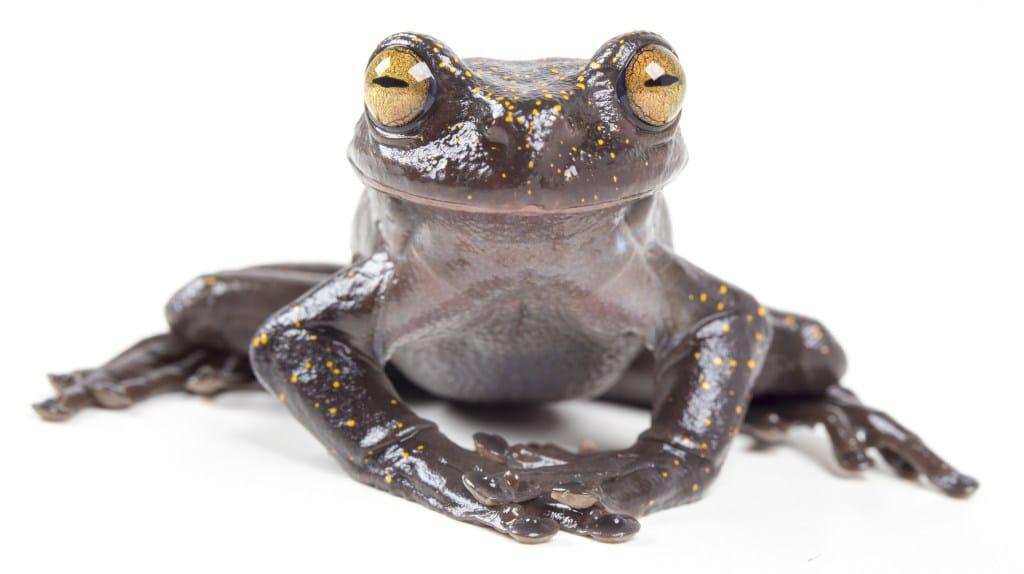 Hyloscirtus hillisi is a dark mottled brown in coloration with tiny yellow spots found on its front and hind legs.

A new species of treefrog has been discovered in the eastern Andes mountains of Ecuador that is unique from other tree frogs in that it has a claw-like structure at the base of its thump. Researchers speculate that the structure is used as a defense against predators or to fight off competing males. 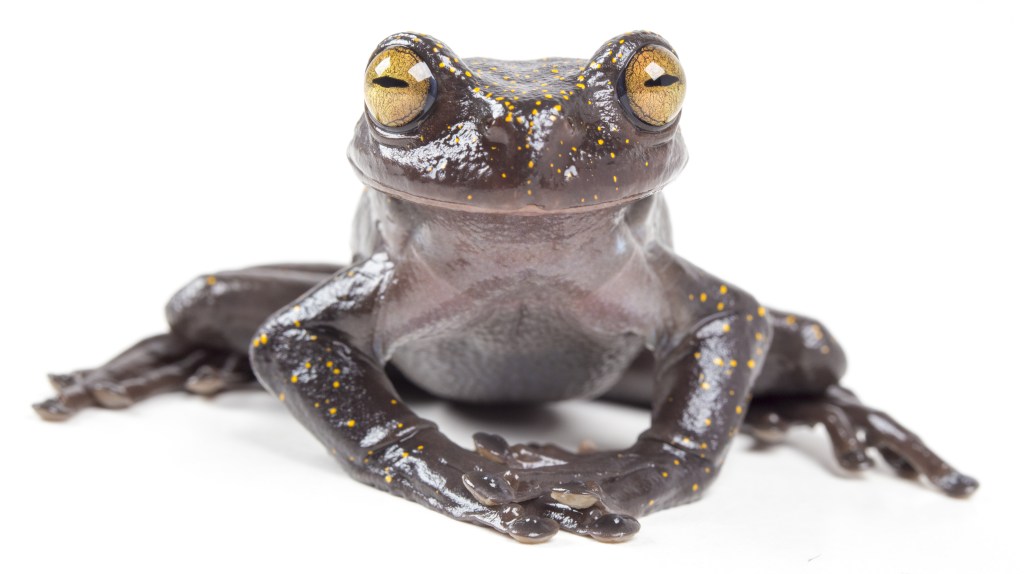 The frog, discovered and described by biologists (Santiago R. Ron, Marcel A. Caminer, Andrea Varela-Jaramillo, Diego Almeida-Reinoso) from Universidad Católica del Ecuador, is a dark mottled brown in coloration with tiny yellow spots found on its front and hind legs as well as its back and head.

The amphibian’s name, Hyloscirtus hillisi, is named after  Dr. David Hillis, an American who in the 1980s discovered three closely related frogs of the same genus. It is the latest in a group of 16 frogs that can be found in cascading Andean streams.

According to researchers, the frog is already at risk of extinction due to a large scale Chinese mining operation in the small distribution range in which it lives. The complete paper describing Hyloscirtus hillisi can be read on the ZooKeys website.