Researchers have discovered a legless lizard in Brazil’s Cerrado, one of the world’s 34 biodiversity conservation hotspots.

An expedition comprising scientists from Conservation International (CI) and Brazilian universities found 14 species believed new to science – including three reptiles and one amphibian – in and around the Serra Geral do Tocantins Ecological Station. 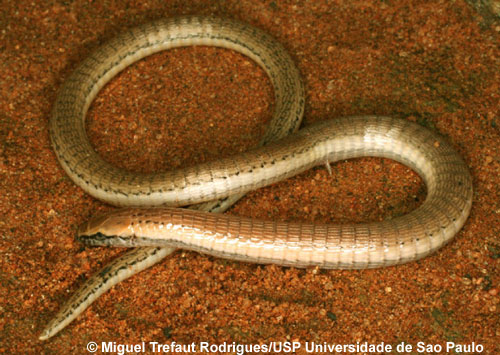 The lizard, of the Bachia genus, resembles a snake due to its lack of legs and pointed snout, which help it move across the predominantly sandy soil formed by the natural erosion of the escarpments of the Serra Geral. Other suspected new species include a horned toad (genus Proceratophrys).

The expedition included 26 researchers from the University of São Paulo and its Museum of Zoology; the federal universities of São Carlos and Tocantins; and CI-Brazil. It was funded by the O Boticário Foundation for Conservation of Nature, with the support of the NGO Pequi–Pesquisa e Conservação do Cerrado (Research & Conservation of the Cerrado).