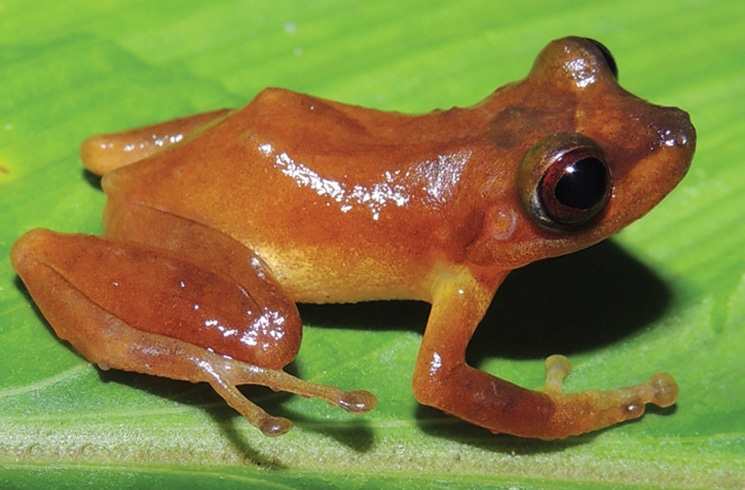 A new frog species has been discovered near the border of Peru’s Manu National Park.

Researchers with Southern Illinois University Carbondale, the University of Michigan, and the National University of San Antonio Abad of Cusco in Peru have discovered a new species of rain frog near the border of Peru’s Manu National Park and within the Huachiperi Haramba Queros Conservation Concession. 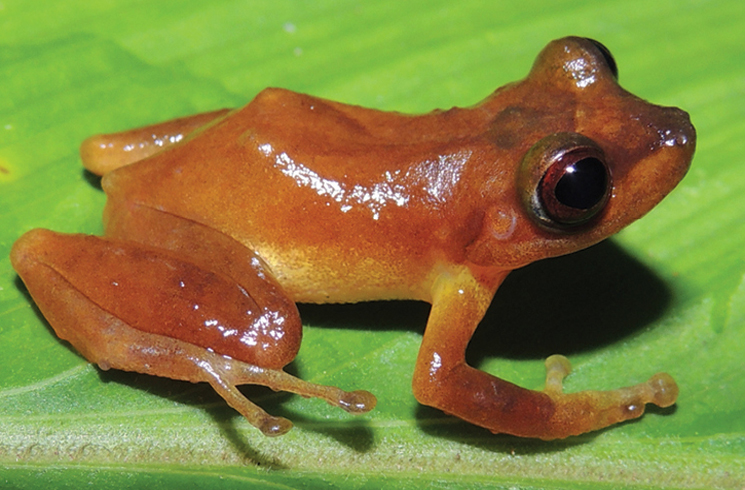 The frog, Pristimantis pluvialis was found during evening expeditions in the park and what is interesting with this species is that it apparently lacks a tadpole stage. It is so named due to the high rainfall in the area in which it was first discovered. It is different from other similar species in that it has a different skin texture, frog call, and has a rostral tubercle.

The frog’s coloration is a light reddish brown with a snout to vent length ranging from 21.8–26.9 mm in males and 28.8mm in the single female that was collected.

The complete paper describing the new species can be found on the Zookeys website.