Hobbyist says an example of parthenogenesis in Rhacodactylus leachianus hatched in July.

Favazza, a hobbyist from Macomb County, Mich., owns a pair of female Nuu Ana New Caledonian giant geckos that he said have never been with a male. Yet since the winter of 2008 these Rhacodactylus leachianus henkeli have produced a few eggs containing partially or fully developed embryos. None had survived — until a live hatchling emerged on July 7. 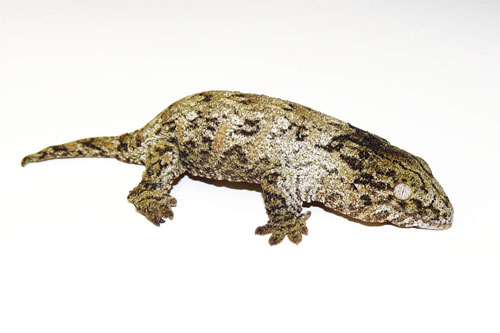 A hobbyist for 25 years, Favazza said he never thought he would witness such a rare occurrence as parthenogenesis, when a female’s eggs develop without male fertilization. Some reptiles are capable of it, but currently no Rhacodactylus species has been recorded as parthenogenetic. Now Favazza believes he has witnessed it.

Some geckokeepers and members of the scientific community still have their doubts, but Favazza is undeterred. He named his hatchling R. McCoy, which stands for Real McCoy. “I know personally that this is the real thing,” he said. “We’ll let science catch up.”