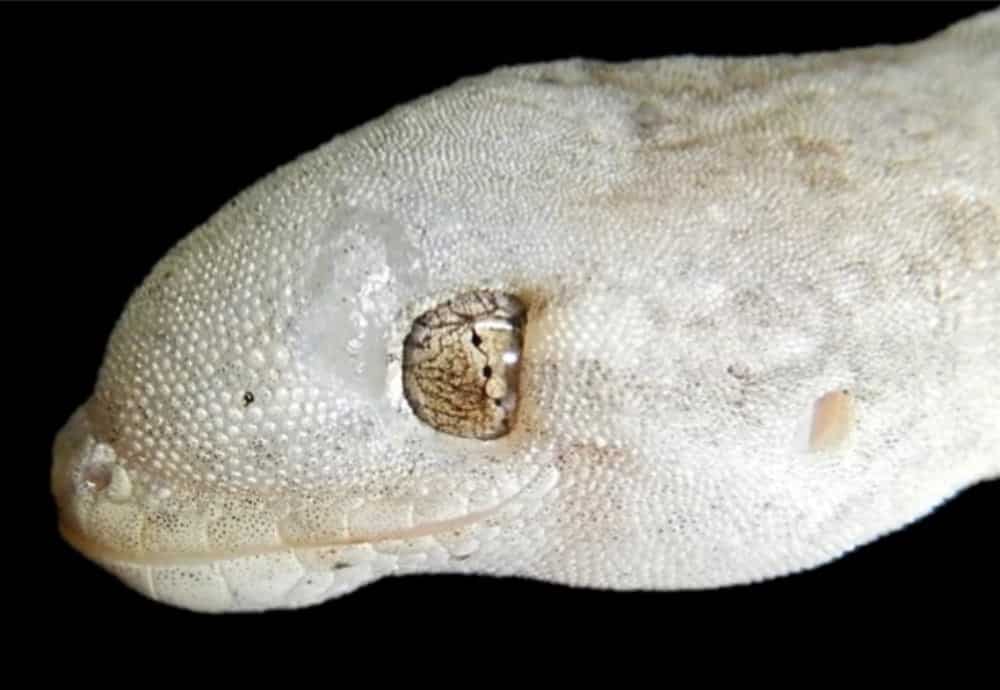 Researchers with the Sydney School of Veterinary Science at the University of Sydney in Australia and the Taronga Conservation Society Australia were trying to determine why five endemic reptile species on Australia’s Christmas Island were experiencing declines. Two of those species, the blue-tailed skink and Lister’s gecko can no longer be found in the wild.

The researchers knew that habitat loss and invasive species have contributed to the decline of the reptiles, but it wasn’t until recently that they had found that another culprit, a pathogen, was having severe negative effects on the local populations. That culprit is Enterococcus lacertideformus, a strain of bacterium that attacks the head and internal organs of the lizards, which causes facial swelling, lethargy and then death. The researchers determined that the bacterium, which they identified via genome sequencing, can spread via biting, which occurs with these reptiles when mating. The bacterium was first noted in captive reptiles back in 2014,. Those reptiles displayed facial deformities and lack of energy, and some of the captive reptiles died.

They also noted the bacterium is surrounded by a biofilm that helps it to survive.

The blue-tailed skink (Cryptoblepharus Egeriae) is considered extinct in the wild. Photo by Cassio Habib/Shutterstock

“We also found that the bacterium can surround itself with a biofilm – a ‘community of bacteria’ that can help it survive,” Jessica Agius, co-lead researcher and Ph.D candidate in the Sydney School of Veterinary Science said in a statement released to the media. “Understanding how E. lacertideformus produces and maintains the biofilm may provide insights on how to treat other species of biofilm-forming bacteria.”

Because the researchers were able to identify the bacterium via genome sequencing, this may help them to create a treatment for those reptiles suffering from the Enterococcus lacertideformus bateria.

The complete paper, Genomic Insights Into the Pathogenicity of a Novel Biofilm-Forming Enterococcus sp. Bacteria (Enterococcus lacertideformus) Identified in Reptiles” can be read on the Frontiers in Microbiology website.