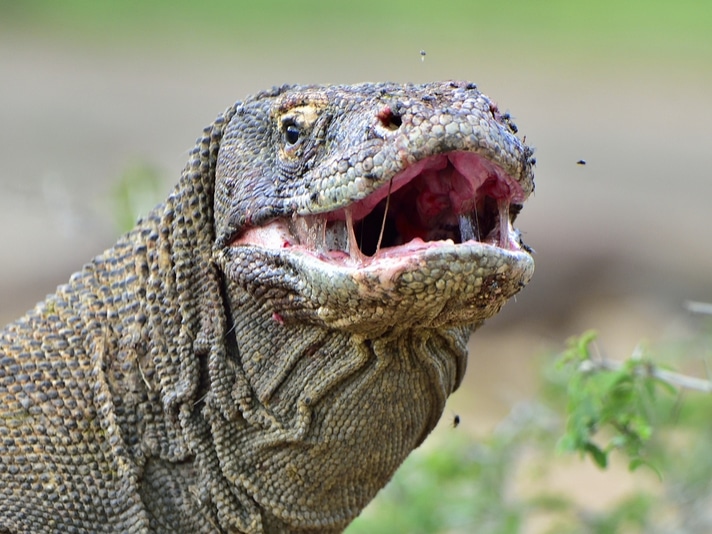 A zookeeper in Omaha, Neb., is recovering from a Komodo dragon (Varanus komodoensis) bite she sustained May 31 while performing routine animal care in

A zookeeper in Omaha, Neb., is recovering from a Komodo dragon (Varanus komodoensis) bite she sustained May 31 while performing routine animal care in the Komodo dragon enclosure at the Henry Doorly Zoo and Aquarium.

How to Entertain your Dragon

According to news reports, she was treated by the zoo’s nurse but was taken to the hospital to stem the bleeding and to get stitches and antibiotics. The Komodo dragon, about four feet in length and weighing 10 pounds, was uninjured in the incident. The Komodo dragon is the largest lizard in the world and is native to Indonesia.

"(Komodo dragons) are typically very docile," Stephanie Huettner, an assistant general curator at the zoo told 10 11 Nebraska. "Larger Komodos are even docile. So, for whatever reason, she was agitated this morning and extra excited about what was happening in her enclosure."

The Komodo dragon is native to Komodo island and surrounding islands in Indonesia. Considered the largest species of lizard, the Komodo dragon can grow to nine feet in length and weigh up to 150 lbs. It eats meat and can take down pigs and deer, though it dines primarily on dead animals. It is said to have bacteria in its saliva, specifically E. coli, Staphylococcus sp., Providencia sp., Proteus morgani and P. mirabilis. In 2009, researchers with the University of Melbourne published evidence that the Komodo dragon also possessed a venomous bite.