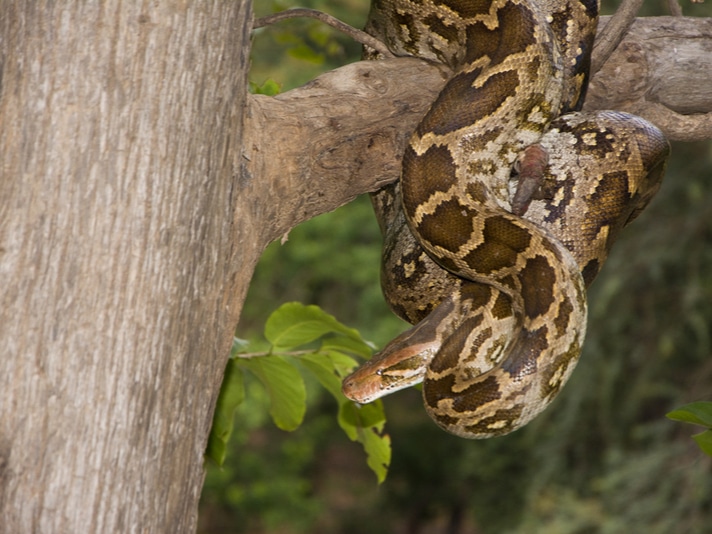 Macaque monkeys have evolved to detect the threat of snakes.

Researchers have published a study claiming that macaque monkeys have evolved to detect the threat of snakes. Published in the Proceedings of the National Academy of Sciences, the study points to the existence of neurons in the brain of the monkeys that selectively respond to snake images. The study says that compa red with other stimuli (monkey hands, faces, and geometrical shapes, seeing snakes caused test monkeys to elicit the strongest and fastest responses than the others.

University of California, Davis Anthropologist Lynne Isbell, lead author of the study, came up with a theory that snakes are a primary reason why humans and primates evolved with good vision. She learned that primates in areas of the world that have large populations of venomous snakes have better vision than those in other areas. She then set out to find evidence of this in the brain of macaque monkeys. Isbell and her fellow researchers took measurements of the macaque monkey brain activity as they were shown images of snakes, faces, hands, and geometric shapes. The researchers found that the brain' s pulvinar region, the visual system of the monkey's brain, were more sensitive to the snake images than the monkey face, hand and shape images shown to the macaques.

"There are neurons that are very sensitive to sna ke images and much more sensitive to them than the faces of primates," Isbell told NPR. The researchers were surprised because monkeys and other primates are highly sensitive to faces. Another researcher, Sue Mineka of Northwestern University is working on similar research involving lab-raised monkeys that have never seen snakes. In her research, she noted that the lab raised monkeys were quick to fear snakes but noted that it is not yet certain if the monkeys are truly afraid of the reptiles or had an innate ability to recognize them.