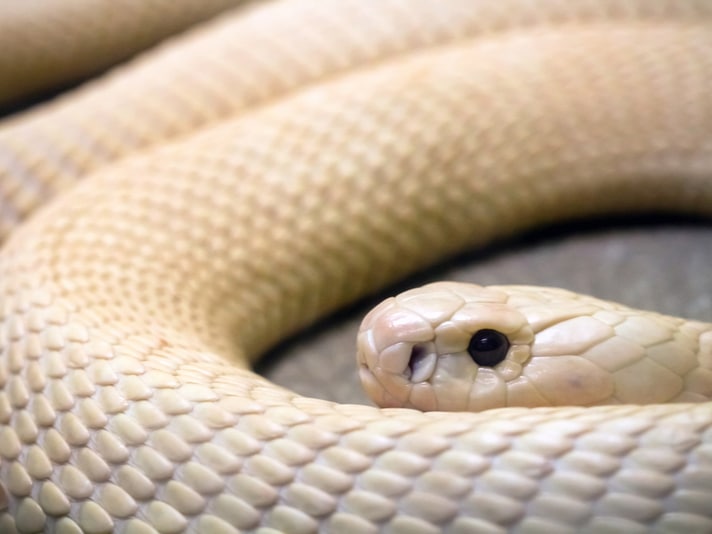 Monocled cobra venom is fast acting and the man is fortunate to be alive.

A man in Pinconning Township, Mich was bitten July 14 by an albino monocled cobra (Naja kaouthia) that he kept, and because of the severity of the effects of the fast acting venom, he was airlifted to the Detroit Medical Center, suffering from respiratory failure. The hospital administered a generic antivenin from the Toledo Zoo that covers many venomous snakes, but the treatment had little effect on the venomous snake keeper. 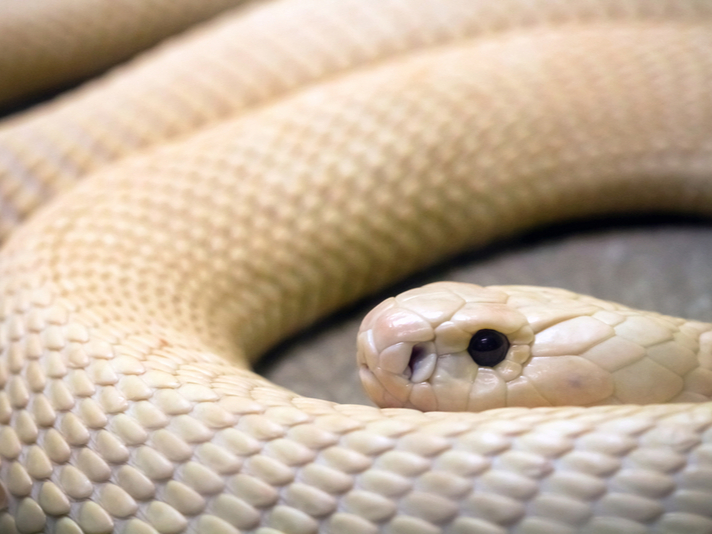 Monocled cobras grow to about 4 to 5 feet in length, with some growing as large as 7 feet.

"…The generic antivenom, which covers many, but not all species of poisonous [venomous] snakes, had little effect and the patient’s condition continued to worsen," DMC Communications Manager Jason Barczy told the Detroit Free Press in an email.

All About Cobra Snakes

After the man's family told the doctors what species of snake bit him, staff at the Detroit Medical Center, on the morning July 15, contacted Florida's Miami-Dade County Venom Response Program, which put 20 vials of antivenin on a plane to Detroit. The man was administered the antivenin that afternoon. The man is now recovering from the venomous snake bite.

The monocled cobra (Naja kaouthia) is native to South Asia and Southeast Asia. They are called monocled cobras due to the O shaped hood pattern, also knowns as the monocellate hood pattern. The monocled cobra's venom is one of the fastest acting snake venoms in the world. Its venom, which has different potency depending on where the snake is found, can cause death within an hour of envenomation. The neurotoxins in its venom leads to drowsiness, neurological problems and muscle issues.