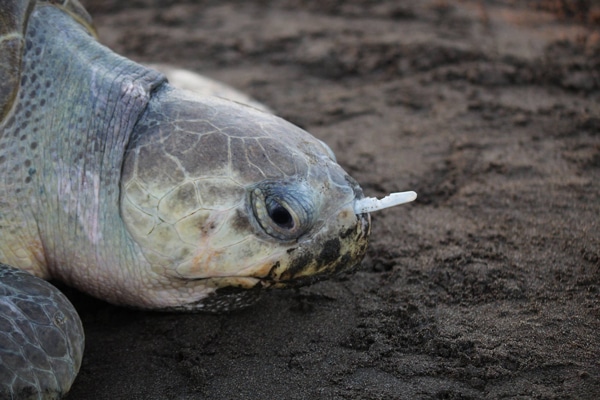 Please reduce your use of plastic items that are "disposable."

Leatherback Trust biologist Nathan J. Robinson, who last summer helped remove a plastic straw from the nose of an olive ridley sea turtle (Lepidochelys olivacea), this week, released a video of him removing a plastic fork from the nostril of an olive ridley sea turtle. The video is really depressing not only for the pain the turtle had gone through with the fork up its nose, but the state in which the world’s oceans have fast become a trash dump for societies' single use mentality.

Robinson at first tries to remove the plastic fork with his hands, but when that proves unsuccessful, he uses the pliers on a Swiss Army knife to pull the plastic straw out of the turtle’s nostril. While Robinson was successful in the removal of the plastic fork, the sea turtle’s nose began to bleed. Let’s hope that the chelonian checked out ok as he was returned to the ocean! 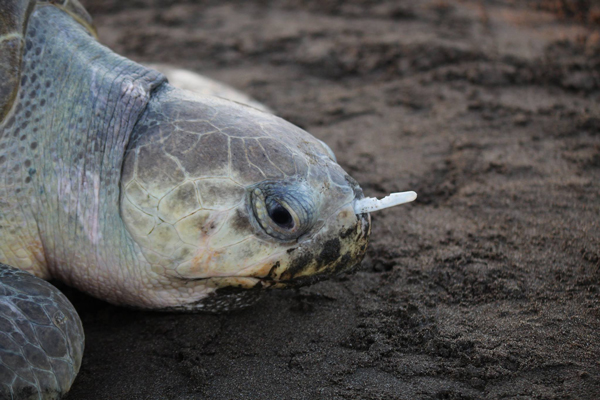 Researchers speculate that the turtle ingested the plastic fork and when trying to spit it out, it went out through its nostril, getting stuck.

Sea turtles are ingesting more plastic now than they were 25 years ago, according to a 2013 study released by the University of Queensland and the Scientific and Industrial Research Organization (CSIRO). 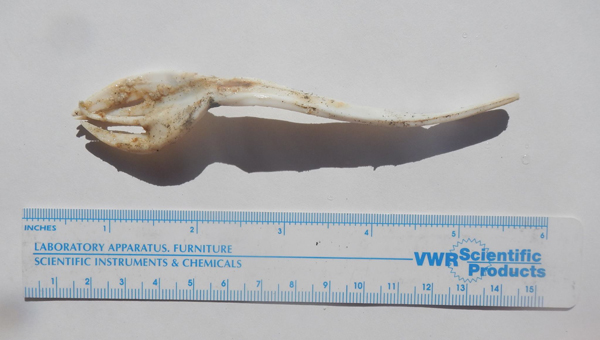 Plastic fork that was removed from the nostril of an olive ridley sea turtle.

The IUCN's Marine Turtle Specialist Group lists discarded plastics as a major threat to sea turtles, and especially leatherbacks. Leatherback turtles feed almost exclusively on jellyfish, and they often mistake floating plastic bags, balloons, and other trash that ends up in the ocean as jellyfish. 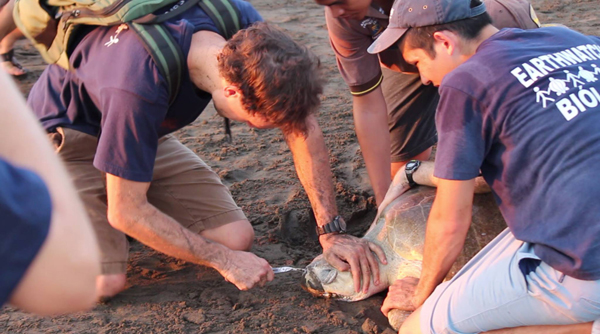 Biologist Nathan J. Robinson removes an object, which turned out to be a plastic fork, from the nostril of an olive ridley sea turtle.

We can’t stress enough on ReptilesMagazine.com to reduce, reuse and recycle when at all possible. Try not to use plastic utensils, and if you do, reuse them. They will be just as good for today’s lunch as they will be for tomorrow’s lunch. Avoid drinking from plastic straws. Bring your own reusable bags when shopping. Think Twice. Act Once.