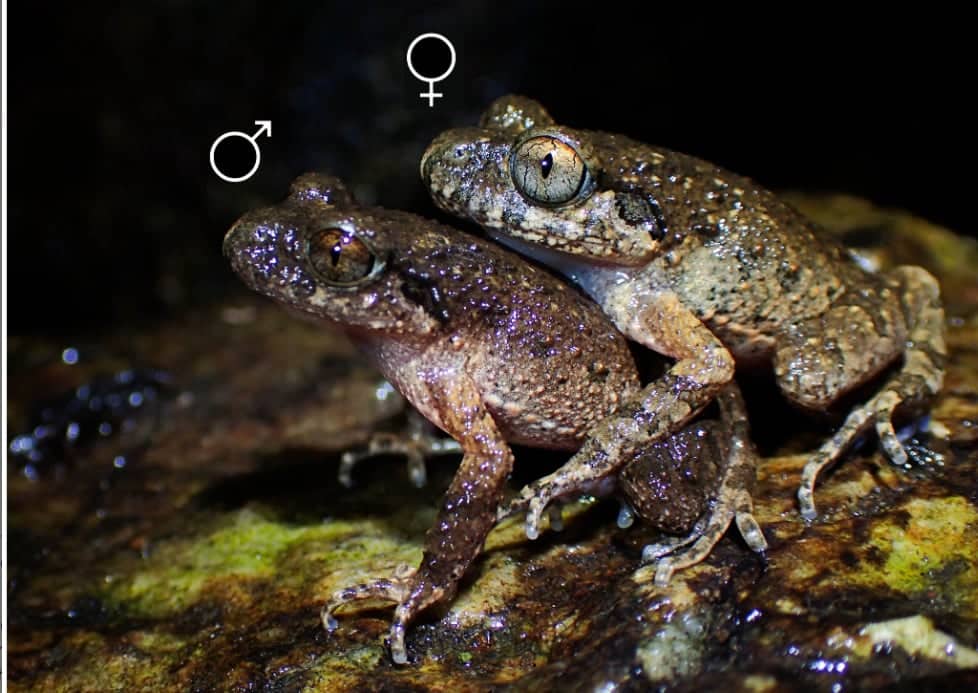 University researchers in Hong Kong have discovered that the Lau's leaf litter toad (Leptobrachella laui) mates in an unusual way... with the female o

When the Hong Kong native toads were observed, the female mounted the male, which is usually the opposite of how frogs and toads mate. Because frogs and toads fertilize eggs externally, Sung said in a statement. In all known forms of mating of frogs and toads, the male mounts the female and aligns the reproductive organs horizontally.

In search of the Eastern spadefoot toad

The term is called “sex-reversed inguinal amplexus.” But it is not yet certain that mating takes place because after every recording of the species mating, the male hops with the female on his back to a location out of view where the mating is completed.

“This behavior has not been observed in other species of frogs and toads, but the frogs conceal themselves soon after pairing so that it is hard to determine if this is simply a ride on the male’s back or how the eggs are fertilized. In fact, despite the endeavors of local herpetologists, Lau’s leaf litter toad eggs have never been documented before.”

The researchers conducted field surveys of the species for seven years, from 2010 to 2017, recording the interaction with digital video or still cameras and taking males and females back to the laboratory to record them.

In February 2010, the researchers watched as a pair of Tau’s leaf litter toads engage in amplexus, or when the male grasps the female at the back. But in this case, it was the female ( identified by the eggs which were visible through the who did the grasping from the back, on top of the male. In total, the researchers observed this behavior three times in the wild and five times in a laboratory setting. However, due to video cameras placement, the researchers were unable to capture the the behavior during oviposition.

The complete paper, “Novel reproductive behavior in an Asian frog: sex‐reversed inguinal amplexus” can be read on the Ecosphere Journal website.