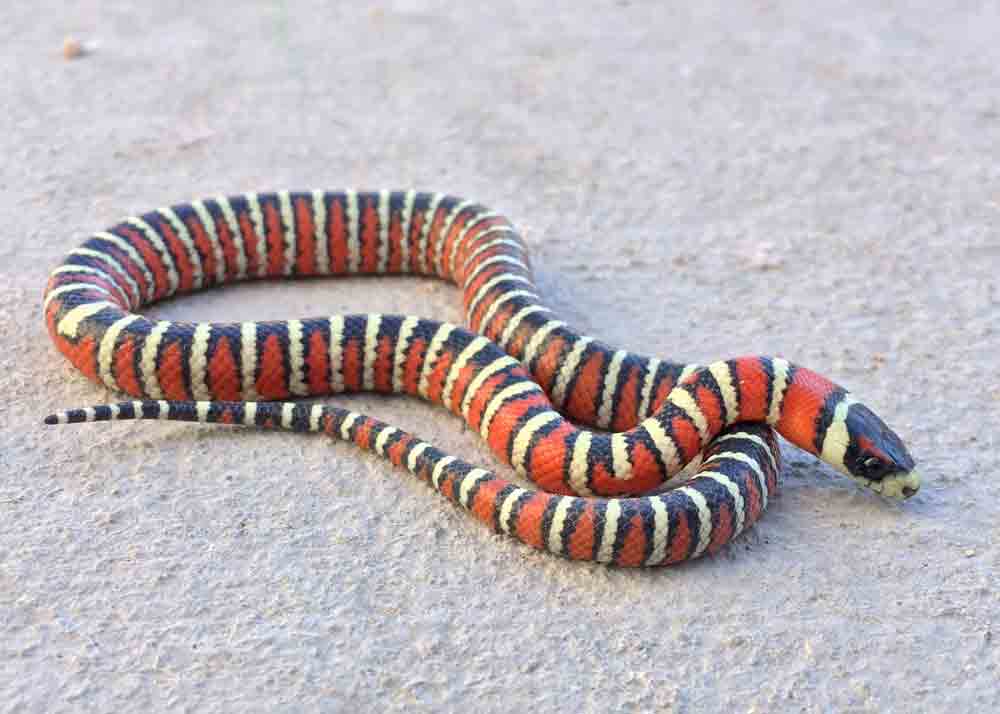 Kingsnakes are some of the most popular snakes to see out in the wild while herping.

The video, all of 40 seconds shows the snake crawling in between and over the bricks as he deftly maneuvers his way up the wall.
Some of the comments are both hilarious and often age the folks who watched the kingsnake do its thing.

Said Gary Alexander on the Coronado National Memorial Facebook page:
“I used to play this game on my Nokia. Graphics weren’t as good as this though.” Rafał Mołotkiewicz said: “It’s visitor center. He visited. Everything is in order.”

Carrie Johnson replied with the age old saying, “Red on yellow can kill a fellow. Red on black, you’re okay, Jack. Does this rhyme still hold true for these snakes?”

The viral video was viewed 280,000 times with 131 comments. Pretty cool for a brick wall climbing colubrid.