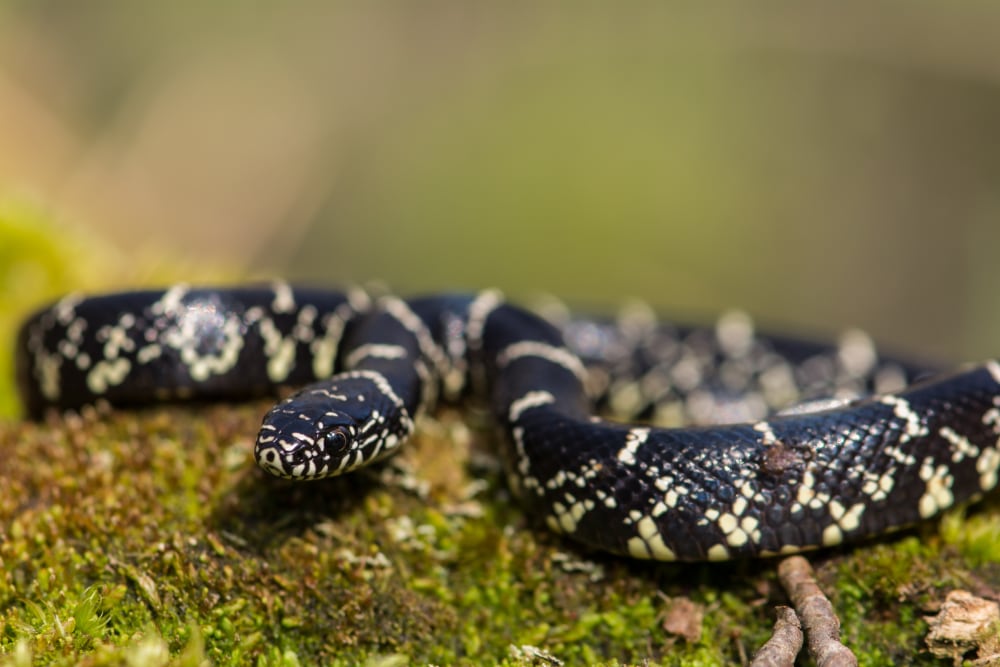 The Eastern kingsnake grows between 4 to 7 feet in length. Photo by Jay Ondreicka/Shutterstock

Johnson shared her video with the Wildlife Resources Division of the Georgia Department of Natural Resources.

Most of us know that kingsnakes eat other snakes, including rattlesnakes. It has always been a bucket list item of mine to actually see one prey upon a rattlesnake when I do my walks in the ecological reserve near me.

For me it hasn’t yet happened, but for one lucky woman in Georgia, it has. Brandi Johnson was out for a walk near her somewhen she happened upon an Eastern kingsnake (Lampropeltis getula) attack and devour a timber rattlesnake (Crotalus horridus).

Johnson recorded the event on video and immediately identified the reptiles. She also kept her distance to avoid disturbing the kingsnake as it ate its next meal.

Johnson shared her video with the Wildlife Resources Division of the Georgia Department of Natural Resources which posted the video on Facebook, where it has received 1.5k likes, 129 comments and 856 shares since November 17.

The Eastern kingsnake is one of the largest kingsnakes and can grow between 4 to 7 feet in length. It can be found in Southern New Jersey to West Virginia on the East coast down to Florida and west to the  Appalachians and southeastern Alabama.

The timber rattlesnake is a heavy bodied snake that is known to be passive and slow moving. It is one of the larger rattlesnake species, growing to about 5 feet in length. In the eastern United States, the snake can be found in forests, meadows and rocky hillsides, while in the southern part of the country, the snake inhabits tall grasses. Issues facing this species includes the snake fungal disease, agriculture, habitat destruction, and human development. It is endangered in Connecticut, Indiana, Massachusetts, New Hampshire, New Jersey and Vermont, Virginia and Ohio. It is listed as threatened in Illinois, Minnesota, New York and Texas. It is also considered extirpated in Canada.