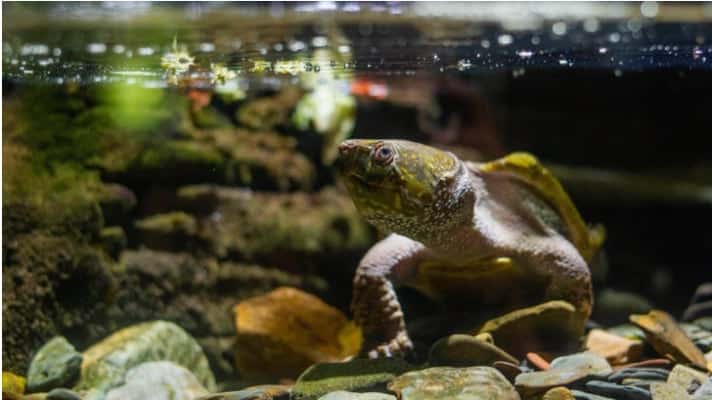 The Chinese Big-headed Turtle is an endangered species, one of 49 turtle species living within the Irrawaddy-Salween-Mekong Turtle Region. Scientists have newly identified this region as a high conservation priority.

An interactive map that enables scientists to define related turtle community boundaries which will help to conserve them has been created by an international group fo scientist led by Dr. Josh Ennen, a biologist with the Tennessee Aquarium Conservation Institute. The map details 63 global turtle regions and points to several of those regions that are considered high priority targets for conservation measures. These targets are based on conservation values and  what is described as several metrics of biodiversity.

“Hotspots have been proven very effective at directing conservation efforts,” Ennen said in a statement released by the aquarium. “But for groups of animals or plants with a different evolutionary history, such as turtles, hotspots might not accurately reflect the species richness patterns of the species you’re trying to save.” 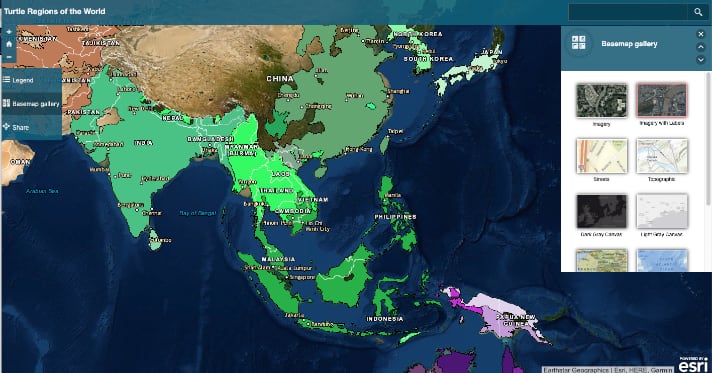 The researchers used broad color classifications on the map to represent a unique turtle realm.

The researchers created the interactive map to better understand those species richness patterns. The researchers used broad color classifications on the map to represent a unique turtle realm. The colors include Blue (Nearctic), Yellow (Neotropical), Red (Afrotropical), Brown (Palearctic), Green(Indomalayan), and Purple (Australasia). Ecoregions that are shaded gray  represent what the scientists call independent singleton branches that don't share species with any other ecoregions.

“It’s important to know that it’s multiple unique assemblages and not one giant collection of turtles,” Ennen said. “Another unique thing our map shows is the importance of turtles in Southeast Asia extends farther north into China than what others thought. We identify the Yangtze River and several coastal rivers in China that are very important for turtle conservation.”

The map will enable scientists and conservationists to target their approach and plan of action to help the species that are struggling, And the map can be updated with new datasets as that information becomes available.