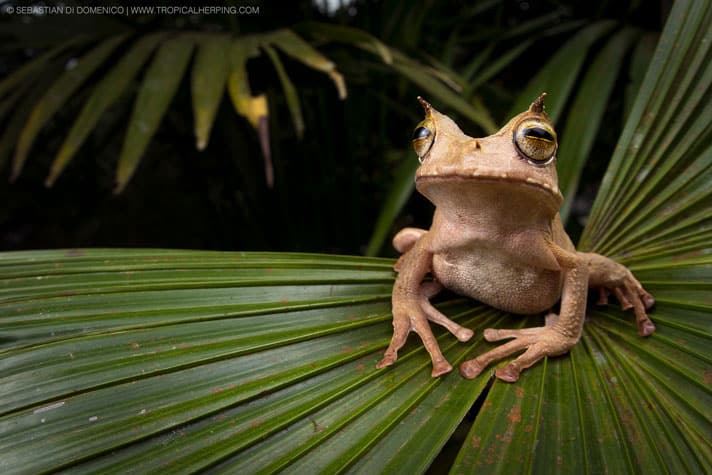 Horned Marsupial Frog Rediscovered In Ecuador After Missing Since 2005

The frog is in danger of becoming extinct because the area in which it lives faces the highest rate of deforestation in the country.

The horned marsupial frog (Gastrotheca cornuta) is a unique frog that has horns for eyebrows and a pouch on its back for developing its eggs into froglets instead of tadpoles. The endangered species, which can be found in trees of Colombia, Costa Rica, Ecuador and Panama, hasn't been seen in Ecuador since 2005, was recently spotted in the Chocó region of western Ecuador, outside the boundaries of the Cotacachi-Cayapas Ecological Reserve, according to National Geographic. Biologists with Tropical Herping, a conservation and ecotour group, rediscovered the frog when they happened upon frog calls in the forest that they hadn't heard before. 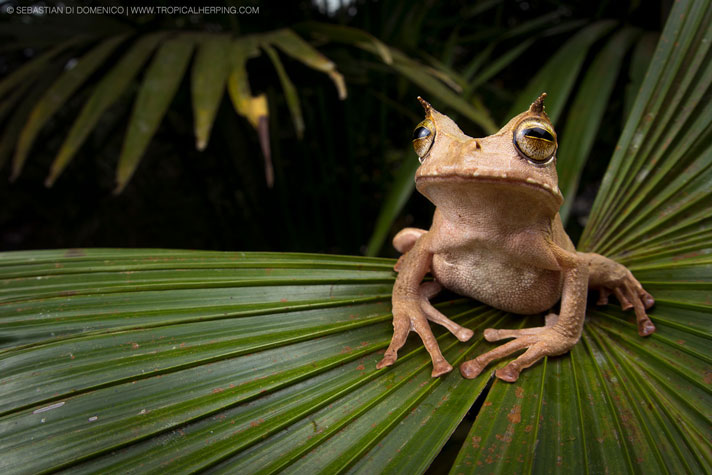 The frog is in danger of becoming extinct because the area in which it lives faces the highest rate of deforestation in the country.

“Finding a rare or presumed-extinct frog like G. cornuta is surprising and encouraging,” Luis Coloma, director of Centro Jambatu, an amphibian research and conservation organization based in Quito, told National Geographic. "These are survivors of the relatively new and highly dangerous threats of climate change and pathogens like the deadly chytrid fungus, plus the traditional threats like habitat loss.”

According to Tropical Herping, the arboreal amphibian is in danger of becoming extinct because the area in which it was found faces the highest rate of deforestation in the country, which is nearly 100 percent. Logging and palm oil plantations are the biggest threat to the species, Tropical Herping says. The Rainforest Trust is hoping to purchase forest plots in an effort to save the horned marsupial frog. More information can be found on the Rainforest Trust website.