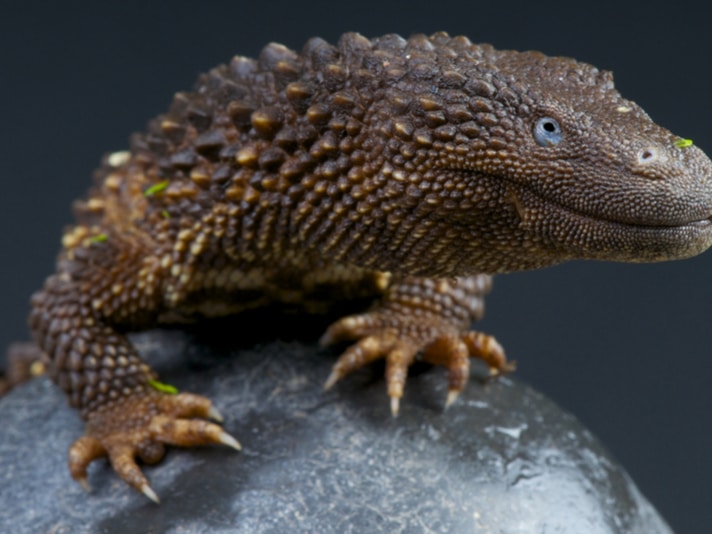 The earless monitor (Lanthanotus borneensis) has been the Holy Grail of herpetoculture for many decades.

Question: I read about earless monitors in books as a kid.  Now I see them selling for big bucks. What’s the story on these guys?
Kegan Fournier, Oceanside, Calif. 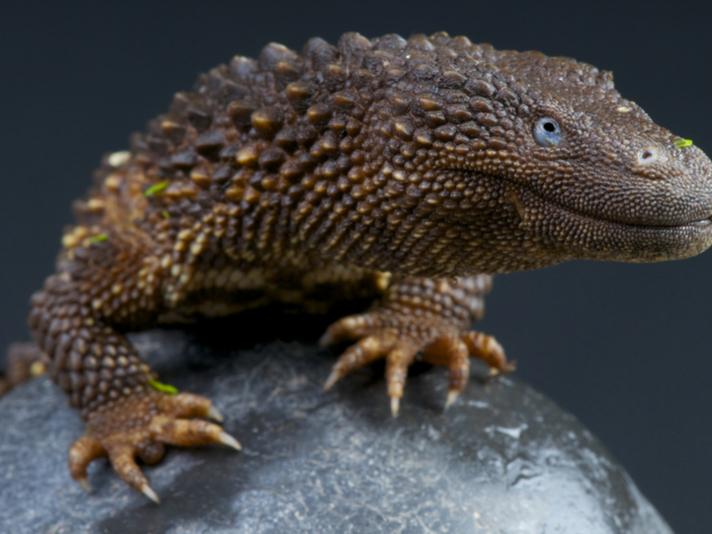 The bizarre, aquatic, earless monitor (Lanthanotus borneensis) has been the Holy Grail of herpetoculture for many decades.

Answer:  The bizarre, aquatic, earless monitor (Lanthanotus borneensis) has been the Holy Grail of herpetoculture for many decades. As far as I can tell, no living specimens ever came into the U.S. until just the past couple years. The story I’ve heard circulating is that they’ve been found in drainage ditches in and around palm oil plantations in Borneo. Of course, this isn’t necessarily good news if the clearing of habitat is forcing the animals out into the open. I have not spoken to anyone who has personally verified this, but it sounds reasonable that increased clearing and land usage is behind more frequent encounters.

Specimens first went to Japan, where eggs were laid and hatched, with photos widely shared. Both imported adults and captive-hatched neonates have fed well on earthworms. It seems that, at least, some individuals have responded well to captivity.

One thing I noticed is that the three specimens I’ve seen personally (as of this writing), and the photos I’ve seen of others that have reached the U.S., all had cloudy eyes. Many were also shedding their skins. I suspect it’s an acid versus alkalinity issue with the water, but with no hands-on experience, it’s more a guess than anything. Constant exposure to brighter light in captive situations may also be a factor.

I’ve also seen lots of chatter about the questionable legality of these “new” varanids coming in. Someone saw an opportunity to get some out of the wild and into herpetoculture, and make a profit at the same time. Rather than try to claim I know the whole story on that, I’ll only offer my opinion that the handfuls of Lanthanotus borneensis that have left Borneo and been offered at high prices will give a few people the chance to try and figure out their captive care rather than have the animals go directly into a preserved collection. Ideally, the new owners of Borneo earless monitors will recognize their rarity and save any that perish for a museum.

Question: I don’t have a question, but I do have a recommendation: I think it would be a good idea to remind REPTILES readers that it’s once again rattlesnake season, and to use extra caution when they’re out looking for reptiles.
Janet Peters, Peoria, Ariz.

Answer:  This is good advice at any time of year, of course. I think REPTILES readers are a little better informed than needing that kind of warning, though.  “News” like this is aimed at the general public and gets spewed across the airwaves every spring and summer. I’m sure all the news stations have a tickler file that reminds them to regurgitate the same exciting stories every year. The public loves stories about dangerous snakes. The news knows that reports of rattlesnakes “on the move” grabs viewer attention, which is one reason such stories are run annually.  That said, it doesn’t hurt to be reminded that it’s always wise to be cautious where venomous species might be encountered.

In the Phoenix area, where we both live, rattlesnakes are the predominant herp causing worry. It is true that males, especially, tend to wander more while seeking mates as the weather warms up.  With many Arizona suburbs encroaching on hills and mountains, including right inside the city limits, these warnings carry a little more weight. Our local herp group—the Arizona Herpetological Association—handles many more rescue calls between March and May than any other time of year.

Question: Is it my imagination, or are modern reptile people a more hostile bunch than when I was young? Nearly every time I see someone ask a question online about any aspect of herping, people respond by jumping all over them.
“Disgusted With Modern Reptile  People”
Duluth, Minn.

Answer:  Welcome to the Internet age, where everyone is freed of responsibility because you can now voice your opinions from the “safety” of your home or phone. It’s no longer necessary to face people in person, where they might challenge your authority and ask you to support your opinions in front of a live crowd. The chance of embarrassment is severely reduced between digital screens. You also don’t need to check facts because you can comment anonymously while hidden behind an avatar. If you’re shown to be incorrect, you can quickly retract your spontaneous outburst, or edit it to preserve your dignity and ego.

Everyone can chime in on any issue nowadays, and plenty of people can’t differentiate opinions from facts. On top of that, if it’s on the ‘net, many believe it’s only present floating in temporary pixels that can change or disappear with the click of a finger. But the perception that your statements and opinions online are temporary and will not be “carved in stone” is faulty. They can come back to haunt you the rest of your life because of how easy it is for people to copy and paste them where you no longer have access to modify them. The reason this gets some folks in trouble is because, in the past, printed information had to withstand editors to “earn” its place on paper pages, and then stand up to the scrutiny of all without the ability to be quickly changed or withdrawn. Statements anyone can post online are under no such restraints, and they are often less trustworthy and more provocative due to this fact.