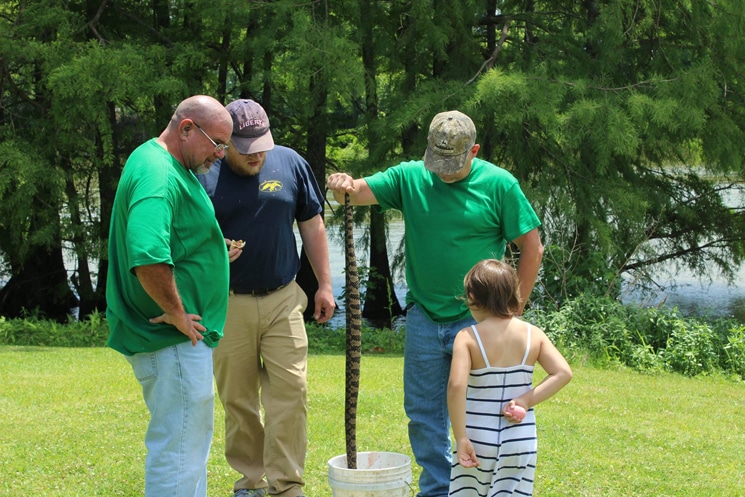 Have You Ever Heard of the Snake Rodeo in Louisiana Where You Can Shoot Snakes On a Lake?

The East Carroll Parish Sheriff’s Office sponsors a Snake Rodeo each year in which residents of the parish go onto Lake Providence in Lousiana and shoot to kill any and all species of snake that they encounter on the lake, with apparent blessings from the Louisiana Department of Wildlife and Fisheries.

The event is supposedly held each year in an effort to control the population of snakes on the lake.

According to a news article with the News Star, quoting Jared Streeter of the Louisiana Department of Wildlife and Fisheries Heritage Program, the vast majority of the snakes than live in and near the lake are non-venomous.

In fact, a biologist with the Army Corps of Engineers, Steven George, was on hand to count the number of snakes that were brought in this year. According to the News Star, George said that 166 diamondback water snakes were killed, 15 broad banded water snakes, six yellow belly water snakes, and two rat snakes. There also were 84 cottonmouths killed during the Snake Rodeo. Is your blood boiling yet?