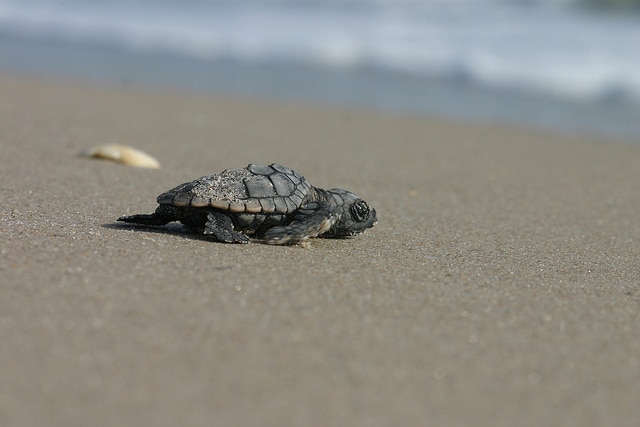 Florida has the most sea turtle nesting sites in the United States.

The sandy beaches of Florida have the most sea turtle nesting sites than any other coastline in the United States, and the Florida Fish and Wildlife Commission is hoping for a successful year of sea turtle nestings this season, which began March 1. The state had a record number of loggerhead (Caretta caretta) nests in 2012 and a record number of green sea turtle (Chelonia mydas) nests in 2013. According to the FWC, about 90 percent of all nests for the loggerhead turtle in the United States occurs in Florida. 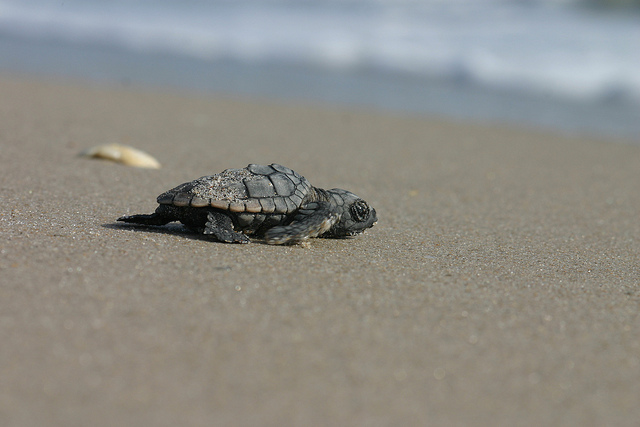 A loggerhead hatchling makes its way to the Atlantic Ocean. 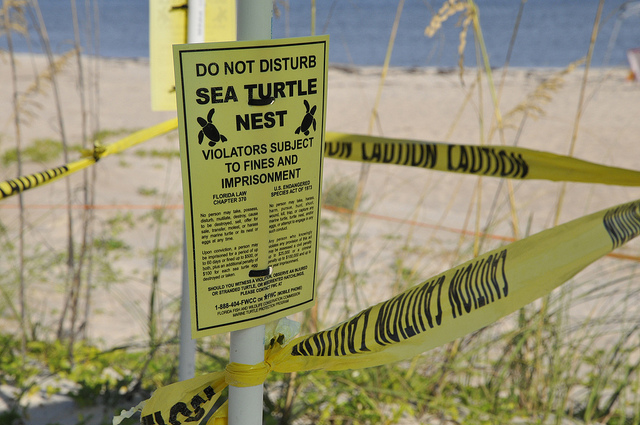 Florida has 2,500 FWC-permitted volunteers helping FWC researchers in patrolling  and protecting sea turtle nests on some 800 miles of shoreline.

Leatherback sea turtles (Dermochelys coriacea) will begin to nest this month on Florida's Atlantic coast, which will be followed by loggerhead and later by green sea turtles. The FWC is urging residents of the coastal communities in which the turtles nest to turn off or shield lights on the beach to keep hatchlings from becoming disoriented and to remove any obstacles that can hinder turtle movements, such as chairs, canopies, boats, and other potential blockages. The state also has 2,500 FWC-permitted volunteers helping FWC researchers in patrolling  and protecting sea turtle nests on some 800 miles of shoreline. The actions that people take are critical to maintaining Florida’s success with sea turtles,” Trindell said.