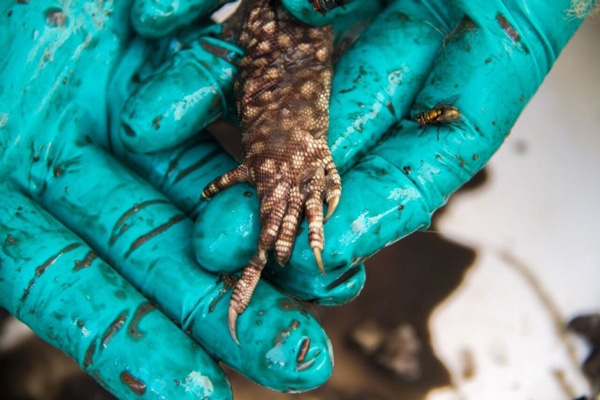 Feral cats are not only negatively impacting small mammals, they are also eating up and killing a variety of small reptiles in Australia’s Kakad

Feral cats are not only negatively impacting small mammals, they are also eating up and killing a variety of small reptiles in Australia’s Kakadu National Park, according to a study led by Dr. Graeme Gillespie, the Northwest Territories Government Director of Terrestrial Ecosystems.

Gillespie and his colleagues had already believed that feral cats were eating up native mammals, but found that they also had significant negative impacts on geckos, skinks, small snakes and other small reptiles in the region. 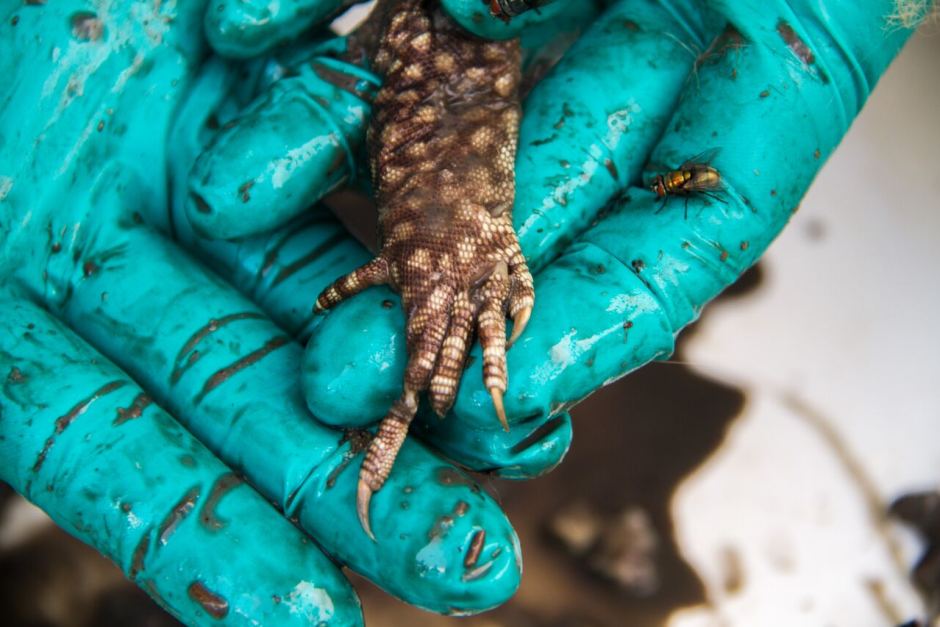 This lizard claw was found in the stomach of a feral cat.

As part of the study, plots of land were fenced off to keep feral cats out, and the two year study and found that the area’s reptiles, which were in decline in the study area, had recovered with the absence of the feral cats.

"This is the first really hard evidence from Northern Australia that shows that feral cats are having what we call an ecologically significant impact," Dr. Gillespie told ABC News Australia.

"Essentially the richness of reptiles, the abundance of reptiles doubled in almost two years that's a very fast recovery.