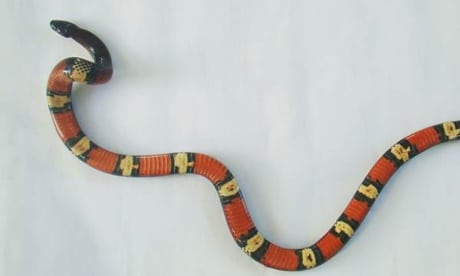 Resident ran over the snake and turned it over to Galapagos National Park staff.

Chinese Water Dragon Care And Information
Scared Of A Snake, Man Tries To Shoot It But Hits Mother-In-Law Instead
Care For The Spotted Salamander
A resident of the Galapagos Islands ran over and killed a false coral snake, a species native to South America. According to a press release put out by Ecuador's Ministry of Environment, the driver ran over the non-native species February 23 on a road near the town of Santa Rosa, collected it and turned it over to staff at the Galapagos National Park. A park herpetologist determined through photographic records that the snake was a false coral snake, a non-venomous species that mimics the venomous coral snake. 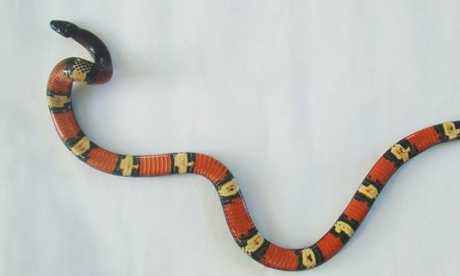 This marks the first instance a non-native snake was found in the Galapagos Islands.

The Ministry of Environment established an action plan to monitor a one mile radius of the area to look for additional specimens. "The snake was found in the rural area (upper part) of the island, so that monitoring includes forming a circle of a mile around the area in which it is found to determine the possible presence of more specimens in the field and prevent movement into protected areas, if any, "said Danny Rueda, Director of the Galapagos National Park Ecosystem.
A necropsy was conducted on the snake, which determined the snake to be a male. Its stomach was empty. There are four native snakes in the Galapagos Islands. They are Pseudalsophis biserialis, P. dorsalis, P.slevini, and P. steindachneri, all from the family Colubridae.
The presence of the false coral snake marks the first instance an introduced snake has become known in the islands.
Big Boxes 1727 News RSS Feed 1045 Snake Information & News 871