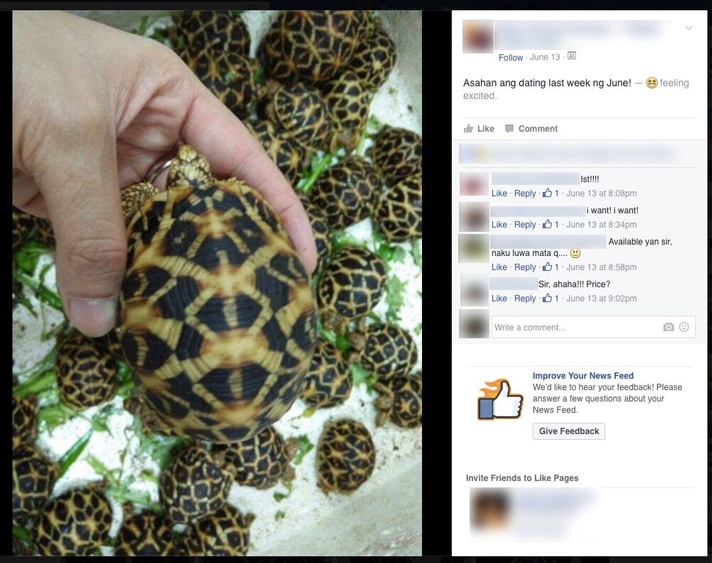 Facebook has become one of the largest platforms in the Philippines for the sale of reptiles, including critically endangered species, according to a report put out by TRAFFIC, a non-governmental organization that works to ensure that the trade in plants and animals is not a threat to the conservation of nature. 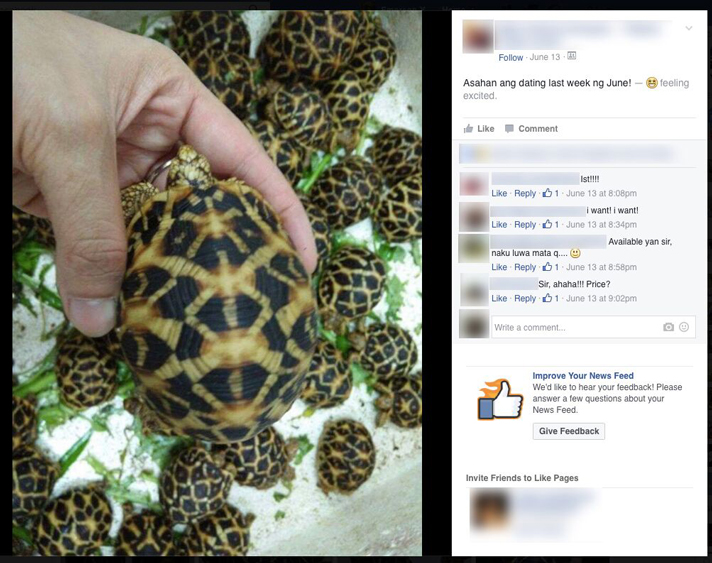 Researchers with the organization monitored and recorded “2,245 unique live reptile advertisements representing 115 taxa and a minimum of 5,082 individual animals posted in 90 Facebook groups.”

“In only selected groups and in under a hundred days, we found thousands of individual reptiles in trade. This magnitude of commerce in live wild animals online is just mind boggling,” Serene Chng, Programme Officer for TRAFFIC in Southeast Asia said in a statement.

“This small snapshot reinforces how social media has taken over as the new epicentre of wildlife trade.”

The organization wrote that more than half the species represented on the Facebook groups are protected by the Convention on International Trade in Endangered Species of Wild Fauna and Flora (CITES) and all the species are protected under the Philippine Wildlife Act.

Native species that were available yet are illegal to sell included the critically endangered Philippine Crocodile (Crocodylus mindorensis) and the Philippine forest turtle (Siebenrockiella leytensis).

The study says Facebook is the platform of choice for illegal traders in the Philippines because of the popularity of the social network and the lax oversight and enforcement of the wildlife laws.

TRAFFIC recommends that the government beef up monitoring, enforcement, collaboration and advocacy to blunt the illegal trading of reptiles in the country.