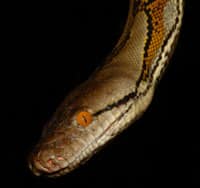 The Delaware Department of Agriculture has proposed a series of regulations that would establish a two-tier permit system for owning and selling exotic animals within the state. The proposed regulations, which would allow Delaware citizens to comply with an existing state law requiring such permits, would cover reptiles and “wild” mammals “not native to or generally found in Delaware,” bans the breeding on any exotic animal, including many considered as pets, outside of an accredited zoo.

The regulations do not define the phrase “wild.”

The regulations call for the state veterinarian, who works in the Department of Agriculture, to issue, deny and revoke permits.

The state veterinarian will also maintain a public list of animals that are exempt from permits. Under the proposal, that list is subject to change to keep with current animal and human health and safety concerns.

Acceptable reasons for revoking or denying permits include any zoonotic or animal disease concerns, an exotic animal biting or injuring a human or escaping from its enclosure, exotic animals being bred or reproducing, failure of the permit holder to notify the department of the transfer or sale of any exotic animal or maintain sales records for three years, prior animal cruelty violations and failure to maintain welfare standards.

Applicants must be able “to demonstrate knowledge of enclosure and welfare standards for the species under consideration with the application.”

Permit holders must also have a written copy of an emergency evacuation plan.

Because permitted animals are not allowed to reproduce in captivity, only sterile animals and animals unable to reproduce may be kept in shared enclosures.

The state veterinarian also has the power to order exotic animals seized and possibly humanely destroyed if necessary to protect public health, safety and welfare or the health of other animals.

Under the regulations, pet owners would need an individual permit for each such “exotic” animal kept, need to file permit applications within 10 days of acquiring the animal or moving into the state and would need to renew the permit every three years. In addition, the Agriculture Department would reserve the authority to conduct “background checks on applicants.”

Businesses selling animals would need to obtain an exotic animal sales permit for a specific class of animal from the Agriculture Department before selling any exotic animal. The specific classes are carnivore, herbivore, hybrid of wild mammals, omnivore, primate and reptile.

Applicant businesses would need to include an inventory identifying each animal stocked by the business at the time of application by name, age, gender, breed, markings, approximate weight, and/or identification number (such as tattoo or microchip). The state would also require the business to hold a Delaware business permit and possibly a U.S. Department of Agriculture Exotic Animal Dealer Permit.

The sales permits would be renewable annually and would not be transferable. In addition, permitted businesses must meet several conditions when selling animals, including providing the buyer written information on the animal’s enclosure and welfare requirements, notify the buyer of the need for an individual permit and the possibility that local regulations may also apply, notify the department of the buyer’s identifying information (name, address, telephone and e-mail) within two days of the sale, maintain sales records for at three years, and guarantee all sold animals are in good health at the time of sale and for 10 days thereafter.

Although the Agriculture Department’s regulations do not specify permit fees, the existing state law sets permit fees at $25 and punishment for violations at no more than $500 and 30 days imprisonment for each offense.