Petition is largest filed to save herps. 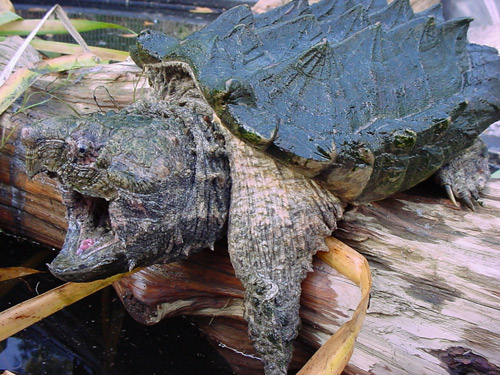 Fifty three of America's most threatened amphibian and reptile species are the subject of a petition filed by the Center for Biological Diversity and scientists and herpetologists including E.O. Wilson and Thomas Lovejoy seeking their protections under the Endangered Species Act. The formal petition asks that the U.S. Fish and Wildlife Service protect these animals to ensure their viability in the wild. In total, two toads, four frogs, six turtles, seven snakes, 10 lizards and 24 salamanders are the subject of the petition.

"Many of America's frogs, turtles and salamanders are living on the knife edge of extinction. We can only save them if they’re protected by the Endangered Species Act," Collette Adkins Giese, a Center biologist and lawyer devoted to herpetofauna said in a prepared statement. "Amphibians and reptiles face a profound, human-driven extinction crisis unlike any other. If we don’t act now, we’ll lose some of our natural world's most important and fascinating citizens." Scientists say that approximately 25 percent of the country's herps are at risk of extinction. Of the 1,400 species that are protected under the Endangered Species Act, only 58 are herps.