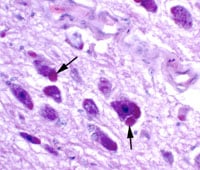 It is not possible to diagnose inclusion body disease (IBD) in live snakes based only on clinical signs. Biopsy of certain tissues on a live animal or

Deworming Tortoises
What to do with a snake with Pseudomonas?
Three Common Ailments Of Tortoises In Captivity

It is not possible to diagnose inclusion body disease (IBD) in live snakes based only on clinical signs. Biopsy of certain tissues on a live animal or a full necropsy of a dead animal is needed along with the collection of tissues from all major organ systems for evaluation under a light microscope. This is the only way to begin to understand causes of death in a collection of reptiles. 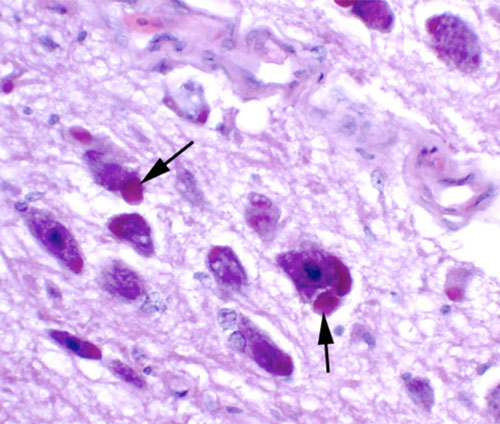 These inclusions within the cytoplasm of nerve cells were found in an IBD-positive boa constrictor’s brain.

A necropsy and pathology are the beginning point for knowing what may have caused the death of the animal. Information obtained from a necropsy has tremendous management implications, but hobbyists must realize that some diseases are not diagnosable, especially those new and emerging diseases. 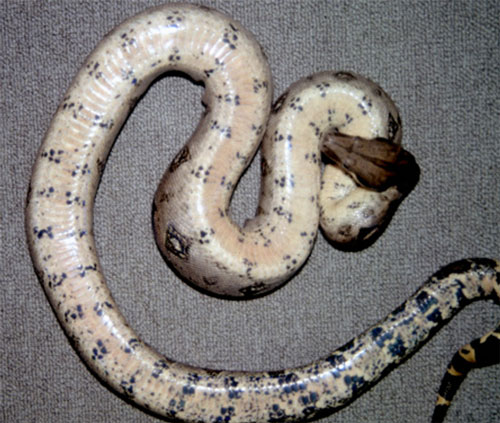 Advertisement
This IBD-positive boa constrictor was unable to right itself when placed on its back. Although clinical signs often accompany IBD, it is not possible to diagnose the disease based only on such signs.

Cost does become a limiting factor when such diagnostics are used. Depending on the number of tissues submitted, tissue biopsies from living snakes generally can be evaluated for less than $200, but note this doesn’t include the cost of taking the biopsies. A full necropsy may cost $300 to $500 per case.

An IBD diagnosis is most often based on the observation of unique, stainable bodies called inclusions within the cytoplasm of cells taken from hematoxylin- and eosin-stained tissue sections. In pythons, inclusions are mostly found within nerve cells of the nervous system. In boa constrictors, inclusions are also commonly seen in nerve cells with or without encephalitis, inflammation of the surrounding tissue. Encephalitis is generally more severe in pythons compared to boa constrictors. Inclusions also are commonly seen in the gastrointestinal tract, lung, liver, pancreas and kidneys of boas.

Stained biopsy specimens (especially from the liver, kidney and esophageal tonsils) can be used to make a before-death diagnosis of IBD. For a rapid diagnosis, a sample of tissue is pressed to a glass slide and stained in order to look for inclusions. Occasionally inclusions are seen in lymphocytes and heterophils, types of white blood cells, taken from peripheral blood films of snakes with IBD.