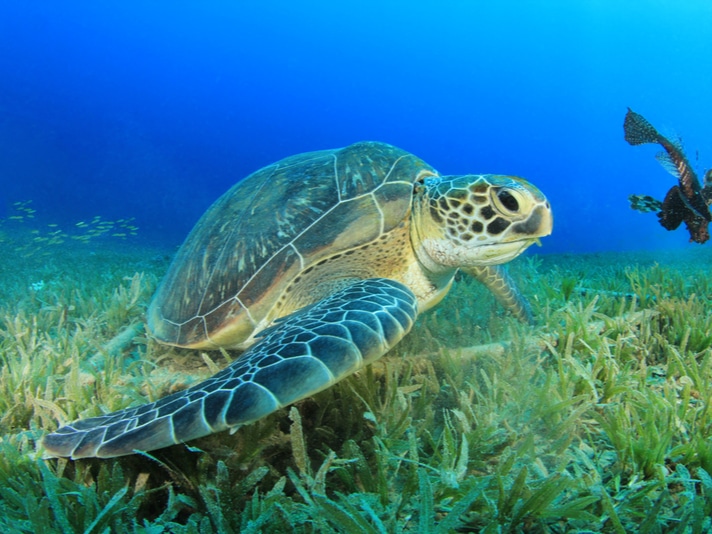 Conservation efforts over the last 40+ years of sea turtles in the United States are paying off.

Sea turtles have experienced growth in population numbers thanks in part to conservation efforts and the fact that most of the species of sea turtle are protected, in the United States at least, by the U.S. Endangered Species Act (ESA).

A research paper in Science Advances says significant increases in abundance of the turtles have been documented in what the scientists call regional management units for each of the seven species of sea turtle that live in U.S. administered waterways. They point to conservation efforts, including the protecting of nests and nesting females as well as reduced bycatch from fishing boats to the increases in populations.

Sea turtles are born challenged. It is estimated that just a single hatchling out of 1,000 survive to adulthood once they are in the ocean. They are exposed to a wide variety of other challenges, including predation, but also external factors such as accidental entanglement in fishing gear, destruction of their nesting beach habitats, and the harvesting of adults and eggs, both legally and illegally.

The paper notes green turtles (Chelonia mydas) are nesting in record numbers in Florida, and the Hawksbill turtles (Eretmochelys imbricata), once thought extirpated in Honduras, El Salvador, and Nicaragua, have reappeared.

The researchers did document a decline in leatherback turtles (Dermochelys coriacea ) in the Eastern and Western Pacific Oceans, but overall conservation efforts that started around 1970 and continue to this day have had a tremendous impact on the success of these ocean-going reptiles.

The complete paper, "Global sea turtle conservation successes" can be read on the Science Advances website.