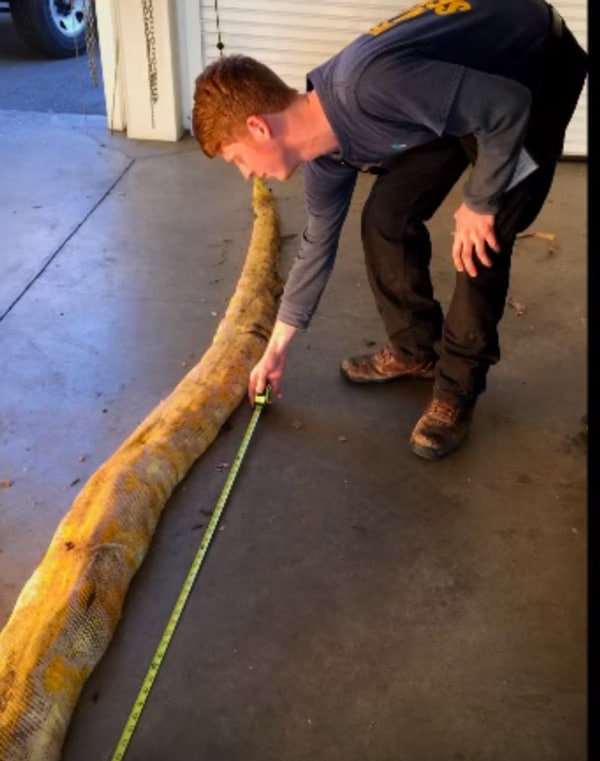 It is illegal in Riverside, Calif. to dump dead pets in the regular trash.

This article has been updated to reflect the snake was a reticulated python.

When your reptiles die, do you throw them in the trash or give them a proper burial? 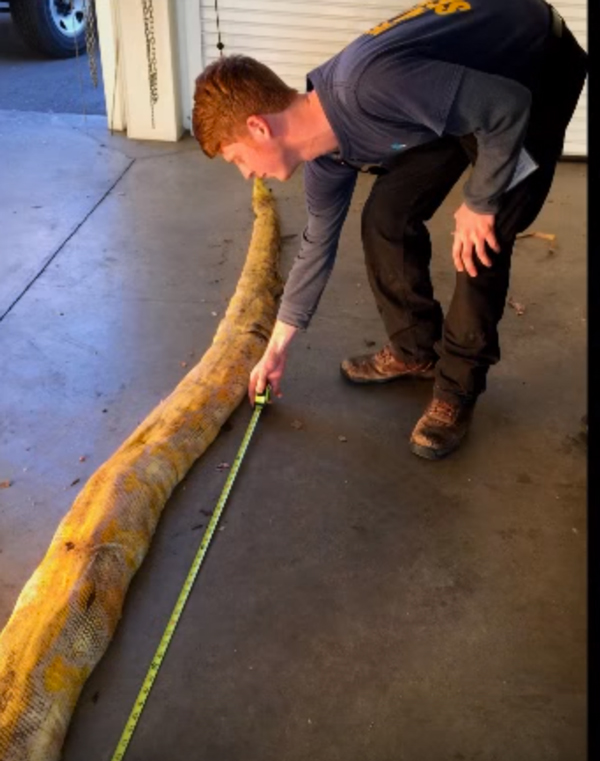 Someone dumped an albino reticulated python into the trash in Riverside, Calif.

Someone in Riverside County, Calif. had a pet 17-foot albino reticulated python (Python reticulatus). It died and someone threw it in the trash. On February 2, the python ended up at the local dump, like most trash does, and an employee at the dump called Riverside County Animal Services. Animal Control Officer Christopher Peck arrived at the dump and retrieved the reptile. The snake was taken to the county’s animal services facilities where it was measured and properly disposed of.

The cause of death of the snake was not determined, but throwing away the animal as regular trash is illegal. Riverside County Animal Services says that it has impounded pythons before, but they were animals that escaped their keepers' enclosures. This is the first time a dead python was impounded by the facility.