Lawsuit filed by private landowner will be challenged by The Center for Biological Diversity and the Gulf Restoration Network.

The Center for Biological Diversity and the Gulf Restoration Network will be allowed to participate in a federal lawsuit filed in February 2013 by a private landowner who is challenging the rule establishing habitat protections for the dusky gopher frog (Rana sevosa). Also known as the Mississippi gopher frog, the amphibian was the beneficiary of more than 6,000 acres of land, designated as critical habitat for the frog in 2012.

According to a Center news release, the ruling enables the two environmental advocacy groups to defend a 2012 rule that set up the protection of 6,477 acres of critical habitat in the states of Mississippi and Louisiana. The magistrate judge who granted the order did so because the Center and the Gulf Restoration Network participated in the initial advocacy and legal work that helped to get the frogs protected. The land is located primarily in Mississippi but also includes about 1,600 acres in Louisiana, including the frog's last known breeding pond in St. Tammany Parish. 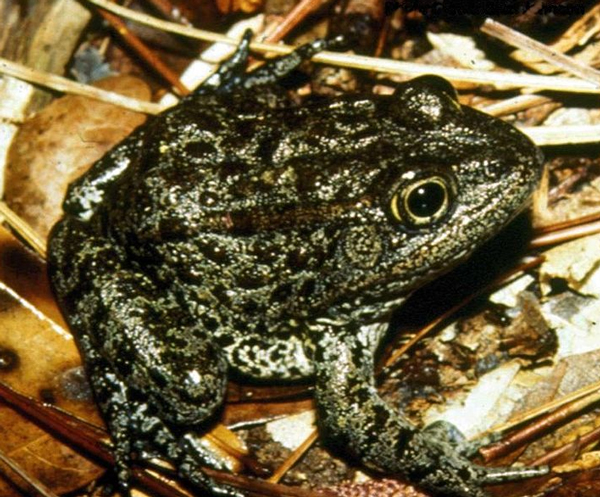 Six endangered dusky gopher frogs were found in a pond nearly a mile from the frog's last known breeding pond.

The habitat of the dusky gopher frog includes longleaf pine ecosystems and can be found in tree stump holes and burrows made by gopher tortoises, a threatened species. The frog's native habitat included southwest Alabama, southern Mississippi and southeast Louisiana. It has since only been found at Glen's Pond in Mississippi and in nearby Pony Ranch Pond in Louisiana. The dusky gopher frog population in the wild is currently estimated at 100 individuals as of 2011. There are approximately 1,500 gopher frogs in zoos, the result of a captive breeding effort at the Henry Doorly Zoo in Omaha, Nebraska.

More Than 6,500 Acres of Land Set Aside as Mississippi Gopher Frog Habitat