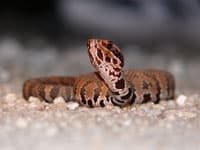 Virus has found a winter incubator in the venomous snakes

A severe outbreak of Equine Encephalitis Virus (EEE) in the northeastern United States has been attributed to copperhead (Agkistrodon contortrix mokasen) and cottonmouth (Agkistrodon piscivorus piscivorus) snakes. These reptiles become infected with the virus by mosquitoes and then go into hibernation over the winter, effectively acting as an incubator for the virus.

According to a study in the American Journal of Tropical Medicine and Hygiene, the virus in the snakes is passed on when they come out of hibernation and are bit by mosquitoes that suck the blood of the snakes near soft tissue around the eyes of the snakes. The mosquitoes then pass the virus to birds. This, the study points out explains how the virus keeps reappearing each spring in the northeastern United States. 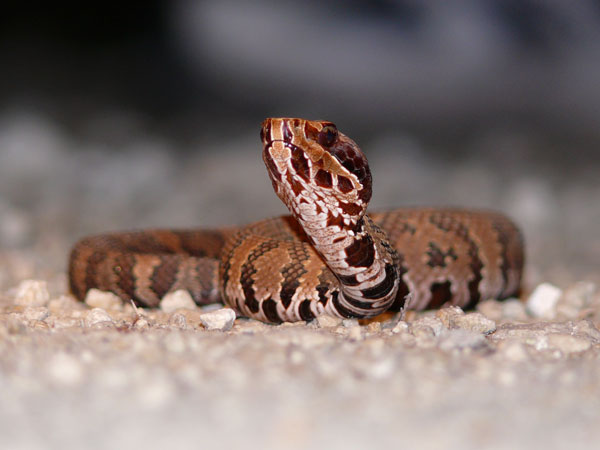 A study has found that mosquitoes infect cottonmouth and copperhead snakes with Equine Encephalitis Virus, a rare and deadly virus.

There must be a way that the virus manages to overwinter. We think it’s the snakes, because they do overwinter in these sites, lead author of the study Dr. Thomas Unnasch of the University of South Florida, said in a report on nbcnews.com.

According to the report, the virus, which has no cure, is rare and deadly, killing approximately 1/3 of its victims. It can infect birds, horses and humans. It infects an average of six people a year in the United States but infected seven people in Massachusetts in 2012, with two deaths.

The researchers then conducted tests on cottonmouth snakes in Alabama's Tuskegee National Forest and determined that a high number of the snakes tested positive for EEE. One copperhead was also found to be infected with EEE. Since the virus has no ill effect on the snakes, they remain infected for months, hibernate again in the winter, and come out again in the spring in time for newly hatched mosquitoes to suck their blood to start the cycle anew. The takeaway to the study seems to point to new control methods to curb the mosquito populations and reduce the incidence of EEE. Instead of being reactive and spraying for mosquitoes as they are already beginning to feast on humans and horses, pest control officials should concentrate on spraying in the swampy areas where few mosquitoes may be but where the snakes are hibernating. This method may interrupt the viral amplification cycle, Unnasch said.

The full study in PDF format can be found here.