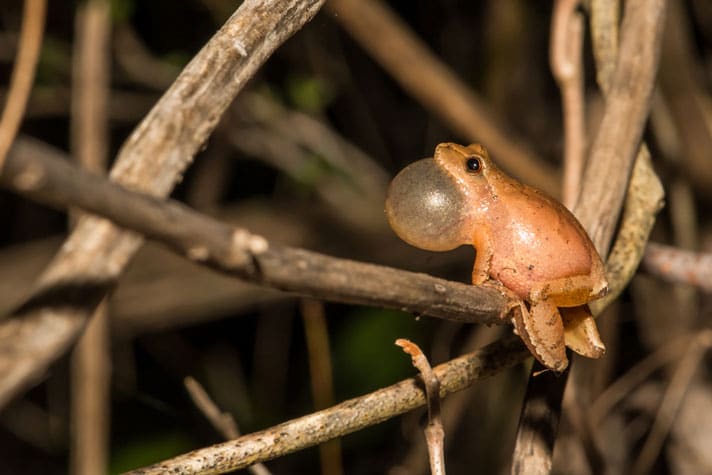 If you live in Connecticut and can distinguish between frog calls, or want to learn, the Connecticut chapters of FrogWatch USA are looking for volunteers to help count and record frog and toad calls in the state. 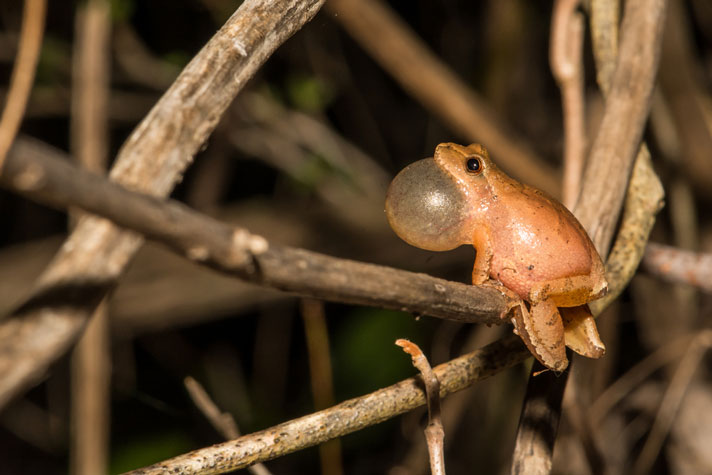 FrogWatch USA is holding volunteer recruiting drives during the month of February and March to get ready for the spring, when the frogs will be out.  Volunteers who train for and pass a frog-calling ID test will be tasked to go out after sunset once or twice a week and count frog calls in the area of their choice.

“Some sound like birds. Some have a regular peep. Bullfrogs sound like they’re having car races. Another one sounds like a broken banjo string,” Gian Morresi, an educator at Connecticut’s Beardsley Zoo in Bridgeport told The Courant. “Another one sounds like you’re rubbing balloons together. Some sound like quacks or snores or like someone eating too many beans,” he said. “My favorite call is that of the Fowler’s toad. Someone described it as ‘a chain smoking baby having a really bad day.’ That’s a pretty accurate description.”

If citizens get involved more with the counting of frogs, it is all more better for the amphibians because awareness is raised.

“Frogs are important biological indicators. If you have a lot of frog diversity and numbers, it’s healthy for the environment. There are not as many issues with the air and soil,” Jim Knox, education curator at Beardsley told The Courant. “The second big driver is that this is a citizen science program. Little kids, grandparents, scout groups all can all get involved. They work with professional biologists, zoo professionals, museum curators. They can learn from the experts. Citizens get involved in the conversation directly. Everybody wins. You’re helping the frogs, helping the environment and helping generations learn from previous generations.”

The state is home to 11 frog and toad species, and with training, being able to identify the calls each species makes should be straightforward.

For more information, and to find a training center near you, visit FrogWatch USA's website.