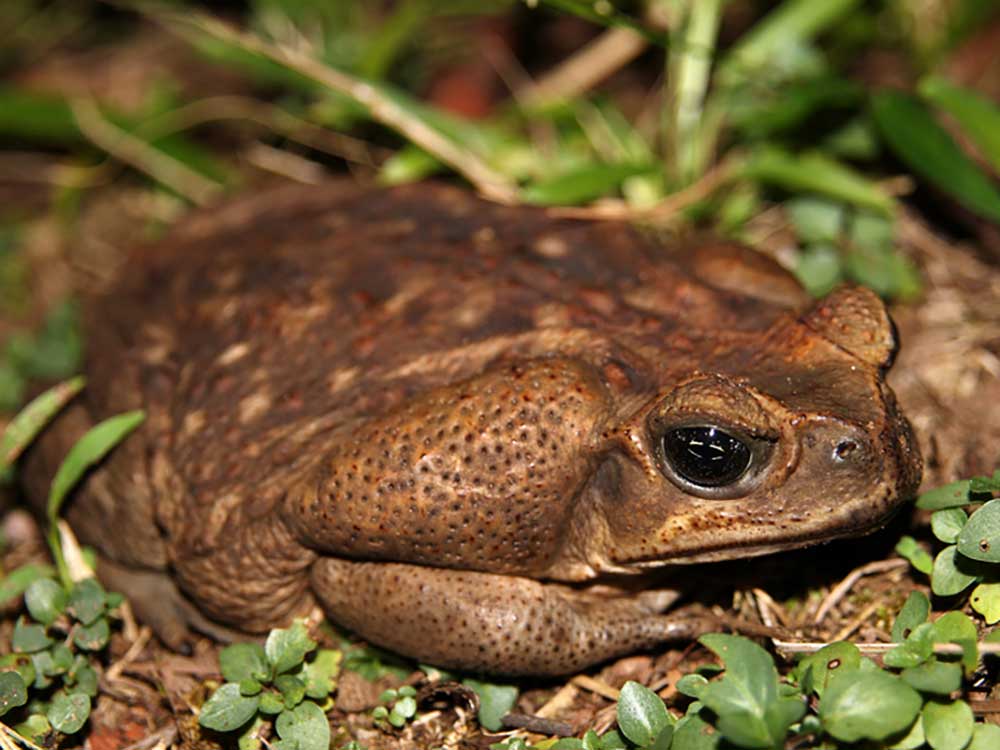 Officials in Taiwan speculate the toads were bred and kept as pets and either escaped or were released. Photo by Ryan M. Bolton/Shutterstock

The toads were imported into Taiwan and kept as pets, until imports were banned in 2016.

Conservationists think people began breeding them after the 2016 ban and offspring have since escaped or been released into the wild.

More than 200 cane toads (Rhinella marina) have been found in a county in Taiwan and officials in that island nation are scrambling to control them before they become invasive. That is if they haven’t already.

The toxic toads, which have become invasive in places as far as Australia to the Hawaiian Islands, were discovered in Caotun, a township in Taiwan’s central mountain range. The toads are native to South and Central America and have in the past been introduced elsewhere in an effort to eradicate crop pests such as cane beetles. But the problem is these amphibians, once released, will feed on other vertebrate and invertebrates and reproduce quite rapidly, with the females laying strings of up to 20,000 eggs at a time at any time of the year that conditions permit.

“A speedy and massive search operation is crucial when cane toads are first discovered,” Lin Chun-fu, an amphibian scientist with the island nation’s Endemic Species Research Institute told the South China Morning Post. “Their size is very big and they have no natural enemies here in Taiwan,” he said.

The toads were imported into Taiwan and kept as pets, until imports were banned in 2016. Conservationists think people began breeding them after the 2016 ban and offspring have since escaped or been released into the wild.

Cane toads were introduced to Australia in 1935 to control the cane beetle, a sugar cane pest, but the outcome has been disastrous. The amphibian came to northern Queensland via South America and is now widespread throughout northeast NSW and are nearing the border in north west NSW. The poisonous toads have been linked to the decline of several native species, including quolls, certain snake species and goannas. In Hawaii, the cane toads were also introduced to control the cane beetle. The amphibian is now widespread throughout the main Hawaiian islands. They have no natural predators and feed on arthropods, ants, cockroaches and spiders.