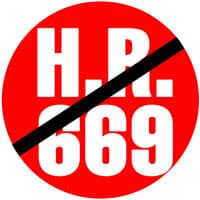 In my February 13 blog, “Get Serious About Reptiles,” I wrote about the fact that there are people who are against the keeping of repti

In my February 13 blog, “Get Serious About Reptiles,” I wrote about the fact that there are people who are against the keeping of reptiles as pets, and these people get bills introduced into the House of Representatives on occasion in an effort to pass new laws regarding our favorite animals. One of the bills mentioned was HR669.

Past bills sought to make it illegal to import certain animals, or move them across state lines. Those bills were unreasonable enough, and luckily they were defeated, but HR669 actually seeks to outright illegalize many, many commonly kept pets. Not just reptiles, either. If passed, most tropical fish will be illegal, many pocket pets such as hamsters, guinea pigs and chinchillas, and pretty much all birds. This bill needs to be defeated, too. And you can help by writing letters and phoning members of the congressional subcommittee who are considering the bill.

If passed HR669 will decimate not just the reptile pet industry, but nearly the entire pet industry and dogs and cats will remain legal, as will goldfish).

As I mentioned in my previous blog, it’s important to represent yourself respectfully and professionally. Sending a letter full of brimstone and fury does not always help. To help, there are sample letters available. You can use these and send them – actually mail them, not via e-mail – to the subcommittee members.

Read the article here to learn more. There are PIJAC and USARK links that will allow you to read HR669, as well as explain in more detail what’s going on. You will also be able to find the addresses and phone numbers for the subcommittee members that you should contact, sample letters you can use, and more.