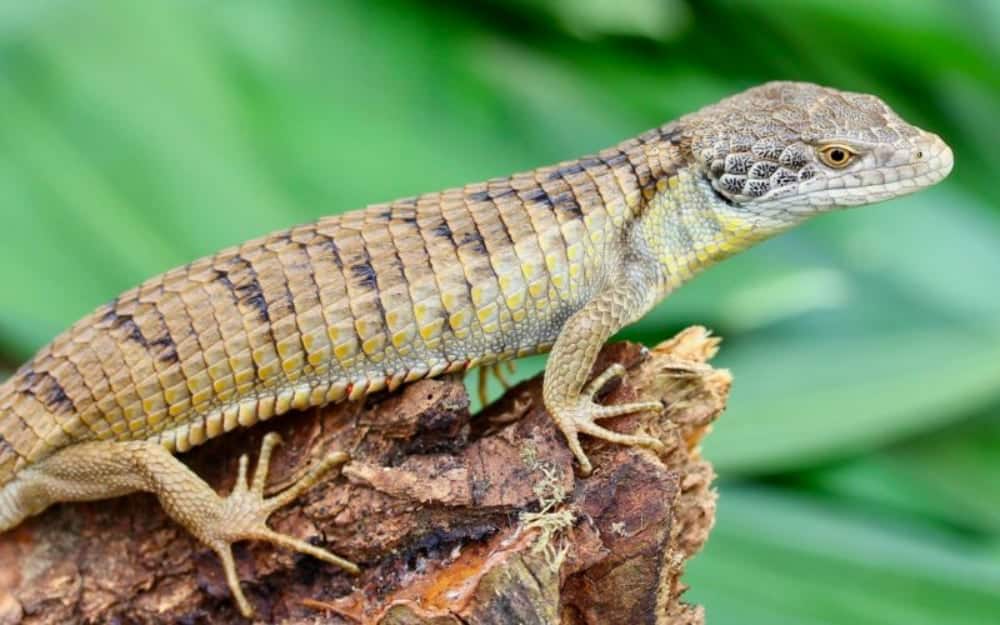 Researcher Adam Clause received a photograph via email in 2017 when he was finishing his dissertation on Abronia lizards. The lizard, he told the University of Georgia’s UGA Today, was unlike any species he had seen.

Following the discovery of that lizard photo in his inbox, Clause, Roberto Luna-Reyes, a biologist with the Secretaría de Medio Ambiente e Historia Natural, and Adrián Nieto-Montes de Oca with the Universidad Nacional Autónoma de México when on a herping expedition that included hundreds of hours of searching through Mexico’s La Sepultura Biosphere Reserve to document and study the reptile.

Abronia morenica are about 8 to 10 inches in length from its snout the the tip of the tail and are arboreal, spending all of its life in trees. It sports a prehensile tail which enables it to move more easily about the canopy. It is named as such due to the adult male lizard’s brown coloration, as well as the nearby town in which the scientists stayed in to help find the lizard, Sierra Morena.

The lizard was found at 1500 meters in trees that averaged 15 meters tall. It doesn’t lay eggs but rather is a livebearer, with young born between April and May. The researchers have recommended that the new lizard species be listed as endangered under the IUCN’s Red List of Threatened Species due to its range, which is very limited. And because the reptile lives at the top of the mountain, the researchers believe that the species is vulnerable to climate change.

There are now 30 known species of Abronia lizards. They are endemic tom Mexico and northern Central America. Most all are arboreal.