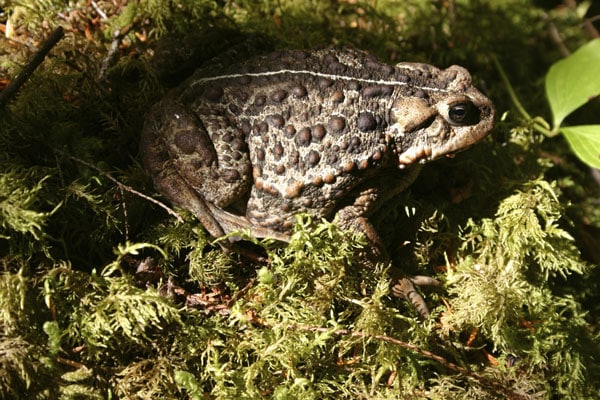 The boreal toad (Bufo boreas), in decline due to such factors as habitat destruction and the Chytrid fungal disease that has devastated amphibian populations worldwide, may qualify for protection under the Endangered Species Act. The United States Fish and Wildlife Service will conduct a 90-day finding and will release a full review of the toad's status after 90 days. The USFWS will make a final finding to determine if the boreal toad will be afforded Endangered Species Act protection within a year. According to the Center for Biological Diversity, the boreal toad, also known as the western toad, was once common in the western United States and the Rocky Mountains and has been in decline for several decades.

Bufo boreas was first considered as a candidate for protection in 1995 in response to a petition filed by the Biodiversity Legal Foundation (which was later incorporated into the Center for Biological Diversity). However, it was removed from candidate status by the Bush Administration, which said that the toad in the southern Rockies appeared similar to other toad populations throughout the western United States. According to the Center for Biological Diversity, two genetic studies dispelled that notion and have proven that the boreal toads residing in the southern Rockies, Utah, northeastern Nevada, and southern Idaho are genetically different from other recognized toad species in the western United States.

The boreal toad grows to about 4 inches in length. They are known to burrow into soil and can be active year round in lower elevations. Several distinct pockets of the amphibian can be found in the western United States and as far north as southern Alaska.