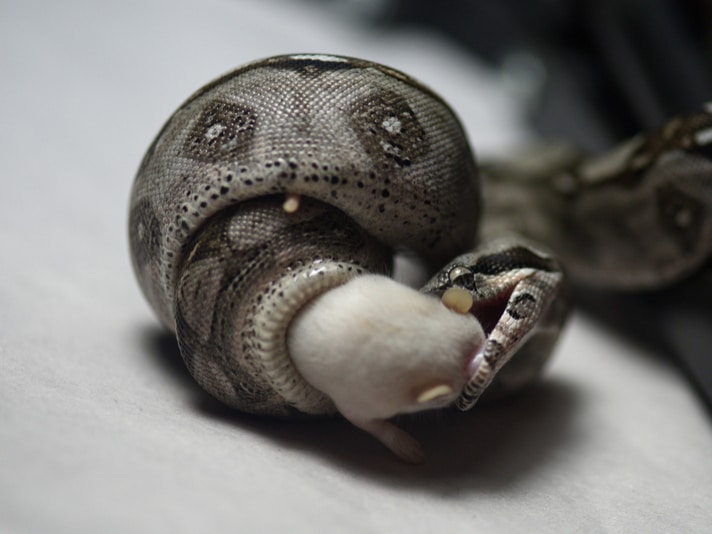 The restriction of blood flow to the brain causes the animal to pass out within seconds.

Herp Queries with Bill Love: Why No Whiptails?
Loggerhead Turtle Treated For Red Tide Poisoning Released
Do You Want To Name An Injured Sea Turtle?

We all know that constrictors wrap around their prey and squeeze the life out of them, but did you know that it is the absence of blood flow to vital organs and not suffocation that kills the prey animal?

That is the conclusion of a study that was published in the Journal of Experimental Biology. Researchers measured the vital signs of anaesthetised rats, including blood pressure and heart activity as they were constricted by boa constrictors and found that suffocation wasn’t the cause of their death but rather the restricted blood flow to the vital organs of the rodents. The prey went into what the researchers called circulatory arrest, which is efficient and rapid.

This restriction of blood flow to the brain causes the animal to pass out within seconds, according to lead researcher Prof. Scott Boback, of Dickinson College in Pennsylvania.

The scientists took blood samples before and after the lab rats were squeezed  and their vitals were recorded from the arteries and the heart as well. They determined that the lack of oxygen rapidly destroyed the tissue of the brain, heart and liver. The study is the first of its kind to test for circulatory arrest , measuring vital signs from the body of the snake's prey.