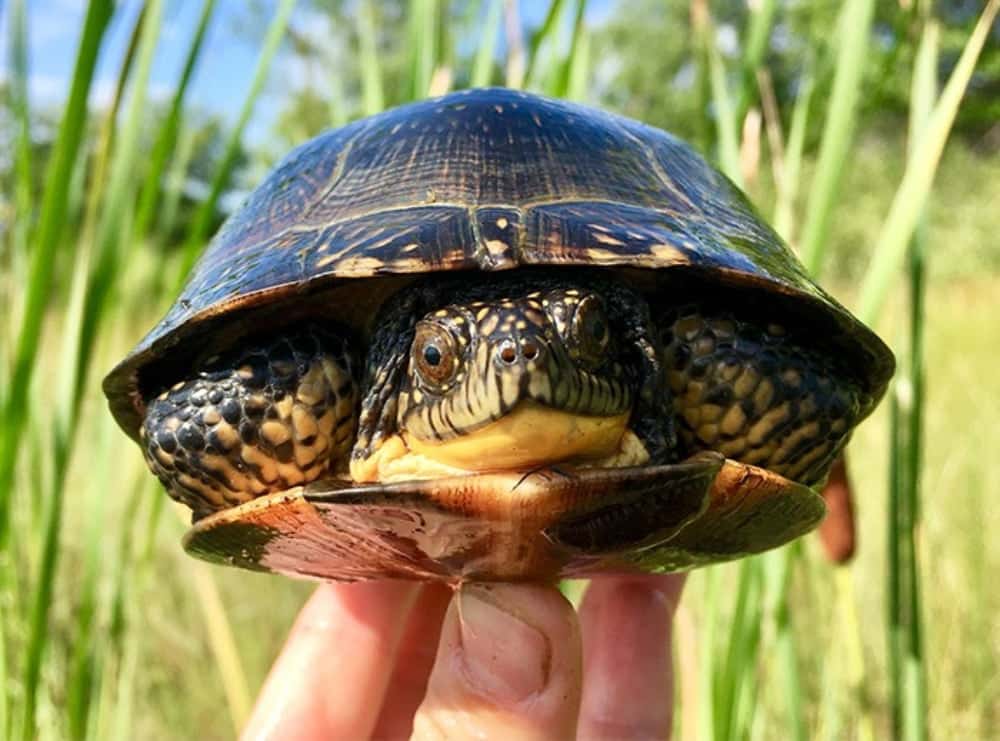 The researchers will work on revising the proposed criteria for the recovery efforts of the species in the state.

The Illinois Department of Natural Resources (IDNR) has awarded Northern Illinois University Biological Sciences Prof. Richard King with a $260,000 grant to create a framework for the recovery and conservation management of the Blanding’s turtle (Emydoidea blandingii). In addition, the duo received a $119,000 grant to reintroduce the species into a restored county wetland site.

The grant, according to a university news release, will enable both King and Ph.D. student Callie Klatt Golba to expand their conservation efforts DuPage, Lee and Winnebago counties over the next three years.

“Blanding’s turtles are good representatives of Midwestern ecosystems,” Golba said in a statement released by the university. “They use prairies, wetlands and forest areas native to the region. They’re also what we call an umbrella species—by conserving them, we can preserve a suite of other species.”

The researchers will work on revising the proposed criteria for the recovery efforts of the species in the state. They will work on custom management actions and conduct research that looks at existing management practices, and assess the populations of the turtle where they are less well known, according to the university.

“Once we lose a species, it’s gone. We don’t have a way of bringing it back,” King said. “So finding ways of sustaining these turtle populations becomes especially important.”

King and Golba will also spend the next three years collecting data on the species. This will help the IDNR further develop its management strategies of the species. They will also determine if efforts in one locations can be applied effectively in other locations.

“The data will help us predict whether these turtle populations will persist or are at risk of vanishing over the next 50 or 100 years,” King said. From a conservation point of view, another challenge is that it takes these turtles 14 to 15 years to reach reproductive maturity. So very young turtles have to survive for a long time before they can reproduce.”

The Blanding’s turtle is on the CITES list of protected species. It can grow up to nine inches in length and has a life span of more than 70 years in captivity and in the wild. It has a long neck and a yellow chin, traits of which they are known for. In addition to the state of Illinois, the turtle can also be found in the area of the Great Lakes, into Southern Ontario, Canada, Central Nebraska and Minnesota, to New York, New England, and Nova Scotia.