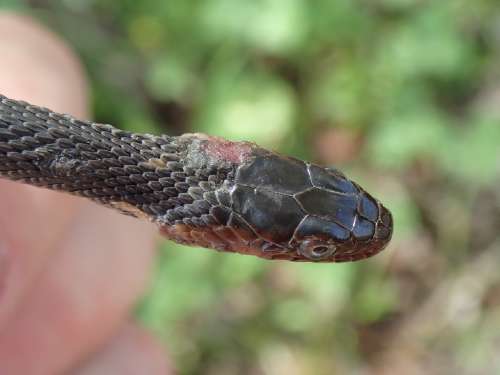 The USGS has announced the first confirmed case of snake fungal disease in Louisiana.

There is some bad news coming out of Louisiana as the U.S. Geological Survey announced in a study that snake fungal disease (SFD) has for the first time been found in the state.

The disease which causes scabs or crusty scales, cloudy eyes, abnormal molting, thickened skin and other symptoms is more prevalent in the Eastern United States than in the South, but with this revelation, certain wild snakes in Louisiana have now been found with the disease. 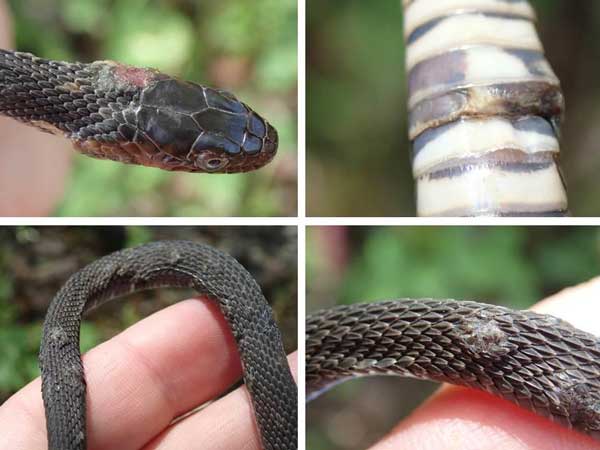 A bad scab is present on the head of this juvenile broad-banded water snake.

“Snakes may not be everyone’s favorite animal, but they are undeniably important in a well-balanced ecosystem,” USGS Ecologist Brad “Bones” Glorioso, lead author of the study said in a USGS statement. “They deserve our respect and understanding.”

The first confirmed case of SFD in the state was recognized in a juvenile snake whose habitat was the Cypress Island Preserve near the city of Lafayette. According to the report, it is one of just a few documented cases of the disease in a juvenile. 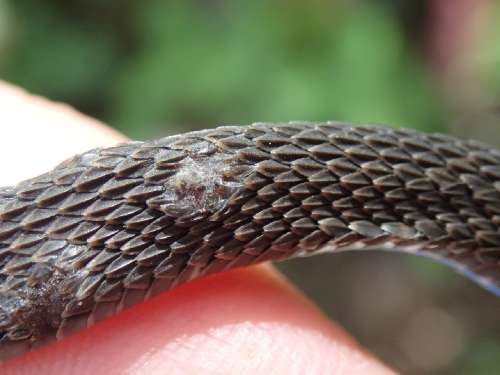 Scale abnormalities are another symptom of SFD.

“SFD is an emerging threat to wild snake populations particularly in the eastern United States,” Glorioso added. “We don’t know yet how the disease affects various species, but in at least one species, an estimated 80 to 90 percent of infected snakes die from the disease.”

USGS researchers are now studying snake populations on Palmetto Island State Park that involves capturing snakes, marking and releasing snakes, taking swabs of all snakes captured, and testing for the fungus that causes SFD. They believe that this protocol will enable the researchers to create a survivability model that will based on the outcome of the swab tests. This will also help the researchers determine population trends for the various snake species in the state.