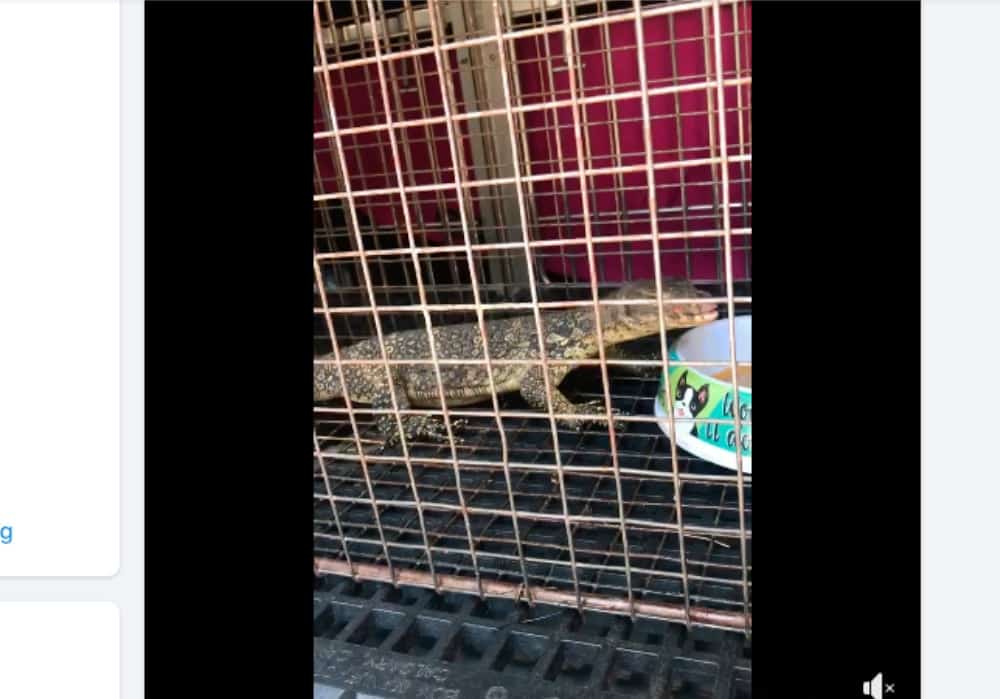 An Asian water monitor (Varanus salvator) that residents of Lake of the Forest, KS said had spent most of the summer at the lake, has been captured an

An Asian water monitor (Varanus salvator) that residents of Lake of the Forest, KS said had spent most of the summer at the lake, has been captured and is being cared for at an exotic animal sanctuary.

Bonner Springs Animal Control posted a video of the seemingly healthy reptile after it was safely captured October 13.

On Monday, October 12th, we were informed of an Asian Water Monitor that was loose at Lake of the Forest,” Bonner Springs Animal Control wrote on Facebook. “We immediately set traps in the area, and this morning we were able to successfully trap the animal. Monkey Island Rescue, an exotic animal sanctuary, graciously took the animal into their care.”

Jessica Chisolm of Lake of the Forest wrote on the Bonner Springs Animal Control Facebook page that the lizard was seen often over the summer.

“I live at the lake,” Chisolm said. “Some of us have assumed she is a girl and called her Nessie. Many of us have enjoyed seeing her sunning herself on a large rock on the sea wall, that she had claim as her summer home. All of us were concerned for her wellbeing and knew she didn’t belong in the wild here. She has been spotted here for most of the summer. She did really live her best life for the summer. We are all grateful for her capture and relieved that she will be warm for the winter.”

Animal control is seeking for any information regarding Nessie and her release or escape. Anyone with information is encouraged to call ACO K. Anthony at kanthony@bonnerpd.org or calling 913-422-7800 ext. 1579.

Asian water monitors are native to Eastern India and Sri Lanka, eastward through southeast Asia, Malaysia, Indonesia and the Philippines. They can grow to more than 8 feet in length, though most average around 5 feet in length. They are one of the few large lizards that folks keep as pets. The most famous water monitor is Kipling, who appeared in the Disney Channel show Jessie, which lasted four seasons, or 100 episodes.