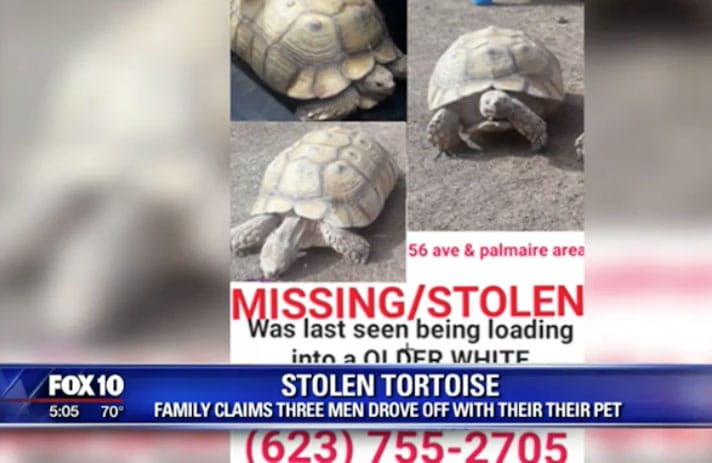 Sheldon was stolen just outside his home in Glendale, Arizona.

An estimated 100 pound sulcata tortoise (Centrochelys sulcata) escaped its yard in Glendale, Ariz., and was promptly stolen by three men who scooped the tortoise up and placed it in an older model white Toyota truck before driving away. 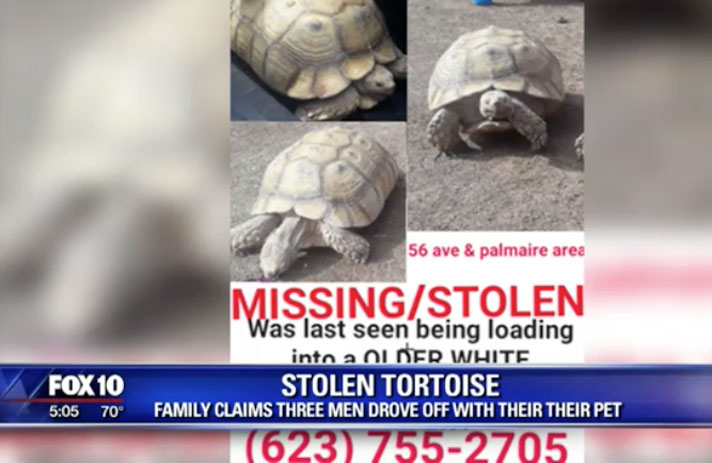 Sheldon was stolen just outside his home in Glendale, Arizona.

The family was away when Sheldon got loose. The other tortoises, Yoshi and Spike stayed in the yard.

"Somehow, he went under his enclosure and he broke this part of the fence," said Santillanes. "We started a search party, walking around, asking neighbors, and one man told me he saw two guys walking."

The man told Santillanes that the men were unable to pick Sheldon up so they called a third man who came and helped them load the 80-year-old tortoise into the truck.

Santillanes is disappointed that the men stole the tortoise given he was right outside the fence and his enclosure was clearly visible from the street.

"They're our pets," Santillanes told Fox 10 News. "We love them. She (daughter Ivy) enjoys its a responsibility for her waking up in the morning, watering them, feed them."